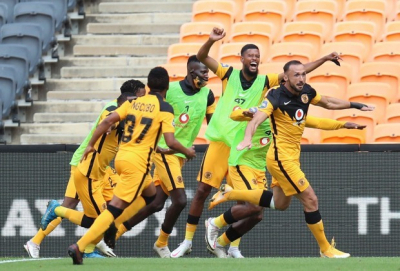 Kaizer Chiefs coach Stuart Baxter has provided an injury update on the likes of Lebogang Manyama, Leonardo Castro and Dumisani Zuma ahead of this weekend's clash against Mamelodi Sundowns.

In their first match since the conclusion of the September international break, Chiefs are set to return to action with a mouthwatering clash against the reigning DStv Premiership at Loftus Versfeld in Pretoria.

Kick-off at Loftus Versveld Stadium is at 17:00.

Speaking ahead of the encounter, Chiefs boss Baxter revealed that his side had been boosted by the return of talisman Manyama, who is in contention to feature for part of this weekend's fixture following a lengthy spell on the sidelines.

"We've got Lebo back, he is in a position where I can select him," Baxter revealed. "Can he play a full game? No, not at all but can he be on the bench and be an impact player? Probably."

However, Chiefs will be without the services of Leonardo Castro who underwent surgery in his native Colombia, while Dumisani Zuma and Siyabonga Ngezana have also not recovered in time for the match.

"We've got Leo Castro who is still in Colombia," Baxter added. "He can't really do any rehabilitation yet after his operation, he's totally immobilised at the moment so that one is way down the road.

"We've got Zuma, who is jogging, so he's in that phase of his rehab and we've got Siya, who is in the same phase. He had a very bad one and he's just in the jogging pash, jogging-slash-limping, so he's not available any time soon.

"We've got Lebo back into full training and we've got the others in full training. We're managing Keagan [Dolly] and how much he can play we're managing Khama [Billiat] – Khama has now played a couple of times with the national team so he's fully integrated into the squad again now.

"Daniel [Akpeyi] is on his way back from Nigeria, he didn't pick up any injuries, Brandon [Peterson] had a little bit of a tweak but he trained this morning it looks good so we'll see if he has any reaction tomorrow.

"Apart from that, you're always susceptible to picking up injuries between now and the game, but at this moment that's what we've got."

Meanwhile Mamelodi Sundowns co-coach Rulani Mokwena has confirmed that there are two players who will undergo late fitness tests ahead of the DStv Premiership clash against Chiefs.

One of the priorities for Sundowns during the international break was to have Themba Zwane and Mosa Lebusa available to take on Amakhosi this weekend, but both players have to go through late fitness tests before a final decision is made on them.

More in this category: « Djokovic inches closer to Calendar Grand Slam as he reaches semi-finals. India cancel training session ahead of 5th Test after 'new virus case'. »
back to top