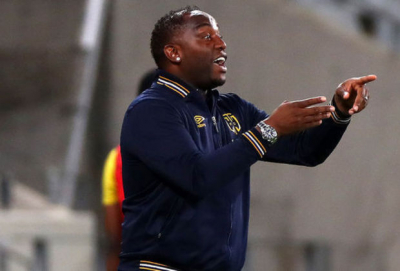 Benni McCarthy attacked his side’s lack of desire after they slipped to a 1-0 home defeat against Malawi’s Nyasa Big Bullet’s in their Caf Champions League preliminary qualifying first leg on Friday.

The result leave’s Amazulu, who are making a first ever appearance in continental competition, hanging by a thread in terms of their chances of making the Champions League group stages.

"It was not a great start to our Caf adventure,” said McCarthy after Nickson Nyasulu’s 27th minute strike was enough to give the side from Blantyre the victory.

"As much as it looked like we dominated the game, we were nowhere close to our best. When you play the way we do and you don’t have the desire to score, you don’t give yourself a chance.

"We didn’t do enough to win … it was difficult to watch and accept what is happening, when you create the chances we did and fail to score. Maybe if you speak to the players … they can give you a better indication of what happened. But I think it was a horror show for me to watch especially the lack of desire that we showed out there.

Now we have to go to the jungle, to a very difficult place, and overturn losing at home. To win away in Africa, not many teams do that, now we are asking that of ourselves," added the AmaZulu head coach.

McCarthy also appeared to take a dig at the AmaZulu board in saying he knew he needed a top class striker heading into this season.

After playing SuperSport United in a midweek Premier Soccer League clash on Wednesday, Usuthu will travel to Lilongwe where they will face Bullets in the return leg on September 18 at Bingu National Stadium.

More in this category: « Odsonne Edouard scores brace on dream debut as Patrick Vieira's side grab first win Pirates get sweet revenge in the Original Soweto Derby clash. »
back to top