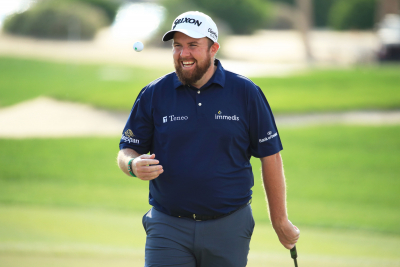 Ian Poulter, Sergio Garcia and Shane Lowry will play for Europe in this month's Ryder Cup against the United States after being named as wildcard picks by captain Padraig Harrington.

"I am absolutely thrilled with my team, with all of our picks we have the strongest 10, 11 and 12 we've ever had," said Harrington.

On the inclusion of 45-year-old Poulter, who will be playing in his seventh Ryder Cup, Harrington added: "He is undefeated in singles. He lifts himself, he lifts his partners, he lifts the team.

"I'm getting a player who is in probably the best form of his life. He consistently motivates people around him. That's so important to the team. I know I have players who are good enough to deliver and Poulter is at the heart of our team."

Lowry has never played in a Ryder Cup before.

Europe will defend the trophy they won in Paris in 2018 against the United States in Wisconsin from September 24th to 26th.

Earlier this week, American captain Steve Stricker finalised his team, in which there was no place for Patrick Reed.

Europe have not won on American soil since the 'Miracle of Medinah' back in 2012.

Meanwhile Billy Horschel carded a seven-under final round of 65 to win the BMW PGA Championship at Wentworth by one shot.

More in this category: « SAFA ready to step in and host the FIFA Club World Cup in December. Medvedev thwarts Novak Djokovic's Grand Slam bid with dominant US Open victory. »
back to top