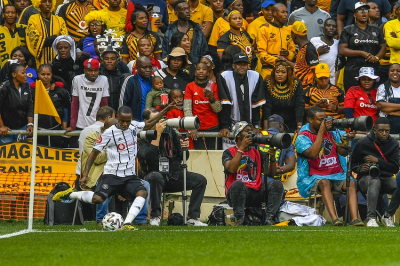 Orlando Pirates star Thembinkosi Lorch has undergone surgery after suffering a 'freak accident' at home, the club has confirmed.

Lorch has been a notable absentee from the Pirates squad of late and after their 1-0 win over Swallows in the original Soweto derby this weekend, co-coach Fadlu Davids revealed he was ruled out for the remainder of 2021.

Pirates have now shed light on the incident which they described as a 'freak accident' he suffered at home but they failed to disclose any further details. And the injury the 28-year-old required surgery for will see him out of action for the next three to four months.

Zakhele Lepasa, their 24-year-old striker who's been out since December last year is still in the process of rehabilitation for his fracture while Innocent Maela will return to training in three months.

Goalkeeper Richard Ofori has also been ruled out for their next game after suffering an injury while on duty with Ghana in the recent FIFA international break.