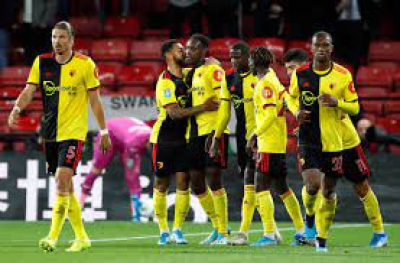 Watford have sacked their manager Xisco Munoz after 10 months in the job.

The 41-year-old Spaniard helped win promotion to the Premier League last season after joining in December 2020.

Watford are 14th with seven points from seven games and Munoz's last match in charge was Saturday's 1-0 defeat by Leeds United.

"The board feels recent performances strongly indicate a negative trend at a time when team cohesion should be visibly improving," the club said.

"The Hornets will always be grateful to Xisco for the part he played in securing last season's promotion and wish him well for his future career in football.

"No further club comment will be available until the imminent announcement of a new head coach."

Watford have had five managers in two years and there has been no indication of who will replace Munoz.

The boss has become the first Premier League manager to be sacked this season.

Watford had started their first season back in the top flight well with a 3-2 victory over Aston Villa in their opener.

The club also knocked Crystal Palace out of the Carabao Cup in the second round.

However, results started to slip with just two league wins in the seven fixtures played this season and they made a third-round exit from the Carabao Cup with a 3-1 defeat to Stoke in September.

Watford will next play after the international break against Liverpool on 16 October in a league fixture.