No spectators will be allowed in the league matches - PSL. 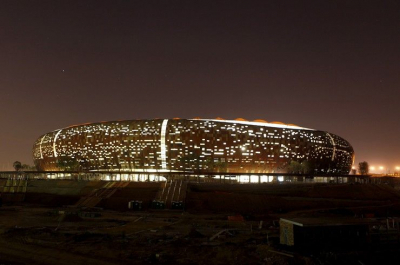 The Premier Soccer League (PSL) have strongly shot down widespread suggestions in the public domain that fans could be allowed back into stadiums soon.

Fans have been unable to access stadiums since the first lockdown in March 2020 but with signs of the Covid-19 pandemic being controlled with the vaccination rollout moving at a faster pace, there have been suggestions of change in South Africa

This renewed hope of fans returning to stadiums but on Wednesday afternoon the PSL said Covid-19 protocols and the processes which regulate people who are permitted to attend matches remain in place.

"There have been suggestions, after the president’s address on September 30, that it might be possible to allow a limited number of spectators to attend upcoming PSL matches. Unfortunately, the new Disaster Management Act regulations continue to prohibit spectators at matches," read the statement from the PSL.

"Section 69(10) of the regulations requires “strict adherence" to the provisions which have limited those permitted at matches to people strictly necessary for the match."

Sub-section 69 (10) (d) expressly confirms that “no spectators are allowed at the venue of a sports match” and subsections 12 and 13 make attendance (and permitting attendance) a criminal offence.

It is important that all PSL supporters and fans understand this. The league Covid-19 protocol and the process which regulates the people who are permitted to attend matches will remain in place until there are new regulatory changes."

And further optimism was created by the president's address with the firm message of no vaccine no entry, but the PSL have now confirmed no spectators will be allowed in the DStv Premiership or GladAfrica Championship soon.

In contrast, the SA Football Association (Safa) are in high-level discussions with the government to have at least 2,000 fans in attendance when Bafana Bafana host Ethiopia in their 2022 Qatar Fifa World Cup qualifier on Tuesday at FNB Stadium.

More in this category: « Chavani sanctioned for handing Chiefs a penalty for phantom hand ball. The medical magic behind the Vodacom Bulls. »
back to top