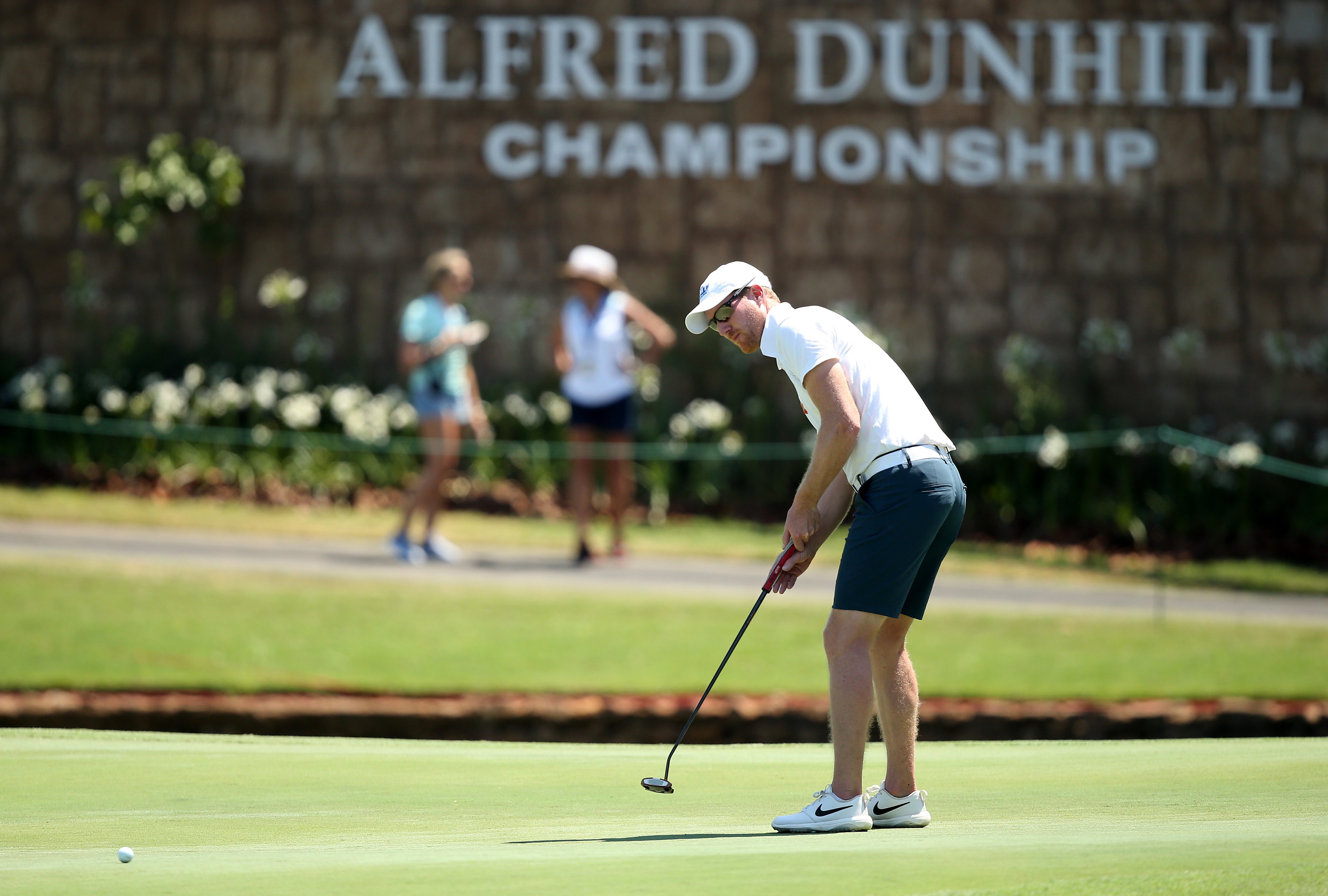 On a scorching hot first day of the Alfred Dunhill Championship, it was the over six-foot tall Wil Besseling of The Netherlands who left the rest of the field standing in his shade as he took a one-stroke lead at Leopard Creek.

Besseling opened with a round of seven-under-par 65 to lead by one over South Africa’s Keith Horne, Englishman Garrick Porteous and Spaniard Pablo Larrazabal

It was exactly the start he was hoping for in what was the first round of the European Tour’s new season.

“It’s a great start to the season, and a great round. I played well from the start and gave myself opportunities. I’m really happy with a 65, and with a birdie on the last,” he said.

And he was equally happy with being able to wear shorts following the groundbreaking decision by the European Tour and Sunshine Tour to allow for this based on the excessive heat this week.

“It was definitely a nice change. I mean, the first time ever on tour wearing shorts in a tournament round, and probably this is the place to do it,” he said.

But the field remains well within reach of Besseling after the first day.

Larrazabal in particular reveled in his love for Leopard Creek and signed for a 66 in which he dropped only one shot.

“I love this place,” he said. “I grew up in the city (Barcelona) and to come to the bush is something special for me. This is paradise because you also have one of the best golf courses we play in the year, and you have wildlife here. If this place was five or six hours from Barcelona, I would have a home here.”

Behind them, former champion Branden Grace is only three shots back following a 68 which he said brought back memories of his 2014 triumph in this tournament.

Further down the leader board, Charl Schwartzel’s first tournament round after an eight-month injury layoff yielded a two-under-par 70. Frenchman Adrien Saddier claimed the first hole-in-one of this year’s tournament on the par-three 16th to also finished the day on two under.

Ernie Els, the winner of the 2005 Alfred Dunhill Championship, signed for an opening round of two-over-par 74.

Tweet
More in this category: « Atletico De Madrid host FC Barcelona this Sunday in one of the blockbuster Laliga fixtures of the season. JOÃO FÉLIX VS ANSU FATI: The future stars of LALIGA meet face to face. »
back to top