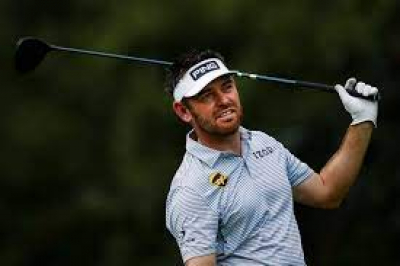 Las Vegas, Nevada,USA:The Moderator: Like to welcome Louis Oosthuizen, finished T-19 here last year and is making his season debut after a season that included four runner up finishes. So, Louis, if you could just get an opening comment from you ahead of your first start of the season.

Louis Oosthuizen: Yeah, you know, season, good season last year, or last season probably going could have don't a little better at TOUR Championship but all in all good solid season. Would have liked one win at least in the majors there, but all in all a good season and just ready to take the new season on.

The Moderator: This golf course, T-19 last year, impressions looking back on last year and after playing nine holes in the pro-am today?

Louis Oosthuizen: Yeah, last year shocked me a bit with 7-under cut I think it was. That was very, very low scoring. A golf course again that's, off the tee, wide fairways and you can really, really attack it. But the course changed quite a bit from yesterday to today, they must have rolled it quite a bit and sped up the greens. So I think that the defense is probably going to be firmness of the greens and just but, again, I think fairways being pretty wide off the tee I think it's all going to be on placement on second shots and you're going to see a lot of birdies around this golf course.

The Moderator: We'll open it up to questions.

Q. When you're at your farm when you have some idle time do you look back the last year and wonder what could have been?

Louis Oosthuizen: Not really. I think it was more just after the events that sort of you think what could have been and you try and shake it off really quickly because there was always the next one coming, the next event. But, yeah, it could have been a really good season, but my whole goal always is to try and get my game in a good spot when it gets to majors and try and give myself a chance playing back nine of a major championship and see if I can do something. And I've done that pretty well last year and it's now just getting that next step by winning a championship.

Q. As you enter the new season are you goal oriented or do you just go week by week, event by event working on specific things?

Louis Oosthuizen: No, we got a plan going from here on out, a certain bunch of events that you choose and pick sort of courses that you like, tournaments that you like and see if you can prepare for those events and use the other events to get your game really sharp for, especially for those ones.

Q. You talk about getting your game ready for the majors and obviously you did that in a great way last year. What did you learn through the process of that last year?

Louis Oosthuizen: I think I've learned a way to do it, rest quite a bit before, take a bit of time off and then certain time before the tournament start working on things for that tournament and always work short game, doesn't matter which event it is, you just try and keep your short game as sharp as possible. But there are certain things that you are looking for in your game, try and get it out in the other events and try and try things under pressure when you play other events, by the time you get to the major you should know what to do when you're in that situation. But I think we've, me and my team have a pretty good way of preparing for it and that's now just up to me to, that stepping over that line to get that second major.

Q. As you start a new season and talk about stepping over that line, what maybe would be one area of your game with the slight uptick can get you across the line more?

Louis Oosthuizen: I don't know, I don't think my iron play was very good last season. I think it's definitely improved, especially on my wedges. Obviously my putting has improved quite a bit and I feel really comfortable on the greens and felt I've always been a decent driver of the golf ball, so I think I can definitely improve with that iron game and get those kinks out of the game and keep it really sharp.

Q. Did you watch the Ryder Cup?

Louis Oosthuizen: I watched a bit of it, but at a stage there it was a bit brutal to watch. It was sort of giving me the news that we have to really work and get our games really ready for next year, because this is going to be a U.S. side that's going to be around for awhile and looking on paper you could see how strong they were and it's just the way they played was just, it was a bit, I mean obviously it was a one-team game the whole thing.

Q. You have seen U.S. teams through the years, did this seem like kind of a changing of the guard a little bit with all the youth?

Louis Oosthuizen: Definitely. I think a lot of times also that the U.S. had strong teams on paper but then that week they didn't really play well or perform well. This was one of the ones where you couldn't really pick out someone that did not play well. They all were in form, they all were playing well and, yeah, I mean that's a young group of guys and they're going to be around for a long while and it's a good -- I think that probably a bit of a different spirit in that team room with being so young a group together and knowing sort of they're going to be around for awhile, so it's just going to get stronger and stronger.