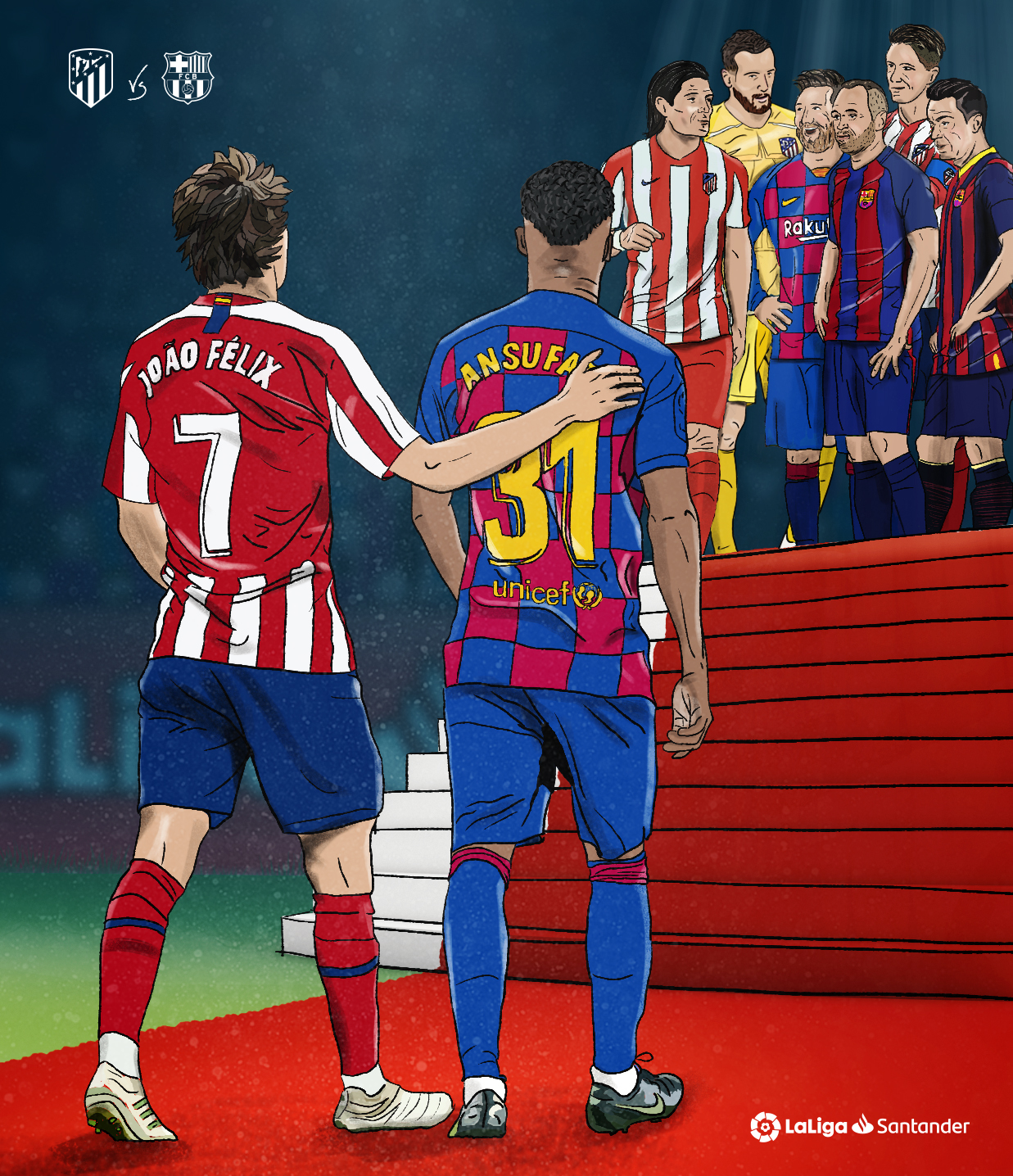 Two of the brightest young talents in world football are on the books of Atlético de Madrid and Barcelona, who face each other this Sunday.

Atlético de Madrid and Barcelona fans have reason to be excited about their respective futures. Both sides have found two of the most exciting attacking talents in world football in the form of 20-year-old João Félix and 17-year-old AnsuFati. The twoyoungsters have made excellent starts to the season, though it’s true that they arrived at their current situations in very different circumstances.

João Félixarrived this summer as the most expensive transfer of the 2019 off season, signed from Benfica for a fee believed to be around €126m. Following the departure of Antoine Griezmann, Los Rojiblancos were keen to replace the Frenchman with a young talent who could grow into a superstar role and Félix fitted the bill following a breakout season in Lisbon where he netted 20 goals at a rate of one every 143 minutes.

After arriving in the Spanish capital, Félix impressed immediately with his positive attitude in training, with his dazzling performances in pre-season and with a sublime dribble that ended up winning his side a penalty in Atleti’s opening match of the 2019/20 LaLiga Santander season against Getafe. The Portuguese wide man soon scored his first LaLiga Santander goal in a victory over Eibar in September and currently has three total goals in all competitions and one assist. Had he not missed six matches due to an injury, those tallies could be even higher. Anyway, this game comes with Joao Felix recently honoured as the new Golden Boy 2019, announced this Wednesday.

Meanwhile, AnsuFati –sixth in the Golden Boy-, rose to prominence through Barcelona’s academy. He didn’t arrive for a multi-million-euro transfer fee, instead joining the Catalan club back in 2012 at the age of 10, after spending some time in Sevilla’s youth ranks. The Guinea-Bissau-born striker quickly rose through the youth categories at La Masia and was given his top-flight debut by Ernesto Valverde in August in a match against Real Betis. Not even Barcelona fans could have expected such an immediate impact.

The next weekend, away at Osasuna, Fati played again and scored his first goal for the club aged just 16 years and 304 days, making him the third-youngest scorer in the history of Spain’s top flight, behind only Fabrice Olinga and Iker Muniain.The buzz around Fatigrew and grew, but the best was yet to come as he then started the following matchday’s clash with Valencia in unstoppable fashion, scoring a brilliant goal and providing an assist in the first seven minutes of a 5-2 victory.

These two players have been similarly productive when they’ve been on the pitch for their respective clubs this season and are two great hopes for the future. And while it’s true that Fati’s young age and Felix’s recent injury have seen them feature less in the past few weeks, they could provide X-Factor needed to differentiate the two sides in Sunday’s encounter. Diego Simeone and Ernesto Valverde have had no problem trusting these two youngsters in big moments before. Perhaps they’ll do so again this weekend.

Tweet
More in this category: « GOLF: Good Wil hunting glory at Leopard Creek. Ernst Middendorp has been voted the Absa Premiership Coach of the Month. »
back to top