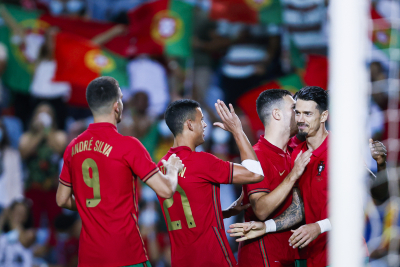 The Manchester United forward scored the opener from close range in the friendly at the Estadio Algarve and was replaced at half-time.

Jose Fonte bundled in Portugal's second goal early in the second half on Saturday.

Group A only has five teams, and whichever team is not in action plays a friendly against World Cup 2022 hosts Qatar.

Portugal were knocked off top spot in qualifying on Saturday as Serbia beat Luxembourg 1-0, with Dusan Vlahovic scoring the only goal.

Fernando Santos' side are one point behind the Serbs but have a game in hand.