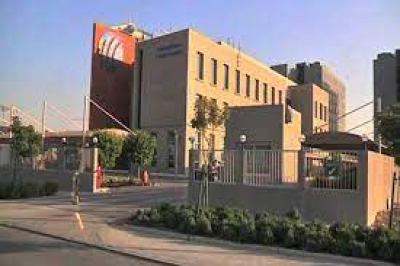 Cricket South Africa recorded a R221 million loss for the 2022/21 financial year, it was announced at their annual general meeting (AGM) in Tshwane on Saturday.

CSA was also robbed of a money-spinning T20 tour by India last year because of Covid-19.

The England men's cricket team withdrawing from their ODI leg of last year's tour to SA and Australia's dubious cancellation of their three-match Test series this year set CSA back financially.

The said tours have yet to be rescheduled, but Rayner, a former Multichoice South Africa chief executive officer, said they were also aided by a swing in the exchange rate.

"The organisation reacted swiftly in reducing its expenditure, with the expenses dropping from R1.2 billion to around R700 million in response to the loss in revenue to mitigate the losses as swiftly as possible," Rayner said.

"We've seen a decrease in revenue, but a corresponding decrease in expenditure. However, the Covid-19 impact was significant.

"Broadcast and sponsorship income took a knock because of the lack of cricket being played, but we're pleased with how the organisation has been able to react and mitigate these losses."

In his address to the AGM, Sport Minister Nathi Mthethwa reminded the Board and the Members Council to take heed of testimony arising from the Social Justice and Nation Building hearings, while indicating that CSA was also setting an example for other sports bodies in the country to follow.

"If we decide to bury our heads in the sand and think that things will just dissipate, we stand the chance of repeating the follies of the past," said Mthethwa.

"We see the SJN exercise as a case study, which, if handled honestly, will assist the rest of the sport movement, as they also introspect. Those who assume that what the hearings revealed, pertained only to cricket, should think again, because truth be told, sport as a whole, has a challenge."

"The difference between cricket and other sporting codes is that cricket itself took the step to try and address the challenges."

Mthethwa, also reminded CSA that the appointment of its next CEO, will be done within the context of what has emerged at the SJN. "If I may be blunt, we can’t have, in the top echelons of cricket, only one race to the exclusion of others."