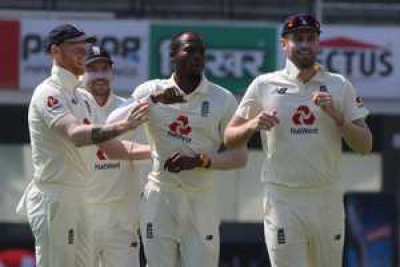 England will take their strongest available squad to Australia for the 2021-22 Ashes Test series.

Joe Root will captain the side, with wicketkeeper Jos Buttler vice-captain for the five-match series which begins in Brisbane on 8 December.

All 17 players have been capped at Test level.

"I am delighted that all of our available players have committed to the tour," said England head coach Chris Silverwood.

The England and Wales Cricket Board (ECB) had only announced on Friday that the tour would go ahead following player concerns over Covid protocols.

Dan Lawrence, who can also bowl spin, will contest a spot in the middle order alongside Ollie Pope, Buttler and all-rounder Chris Woakes.

All-rounder Ben Stokes is not included as he recovers from surgery on an index finger having taken an indefinite break from cricket in July to protect his mental health.

Fast bowlers Jofra Archer and Olly Stone are also absent, as they recover from elbow and back injuries respectively, along with left-arm seamer Sam Curran. All-rounder Moeen Ali recently retired from Test cricket.

Broad, who will be on a fourth Ashes tour, is still recovering from a torn right calf but "making excellent progress", the ECB said.

"We are under no illusions about how difficult the task is going to be," said Silverwood.

"Australia have been strong at home in the past, and there is an expectation on them to win this series. However, from our point of view, there is genuine excitement and belief that we can do something special."

The players will be shadowed by a yet-to-be-selected England Lions squad who will provide cover for the two months during the tour.

Both squads will head to Australia on 4 November, while players on Twenty20 World Cup duty in the United Arab Emirates will join the tour after their tournament commitments.

England are looking to regain the Ashes after Australia retained them in England following a 2-2 draw in 2019.