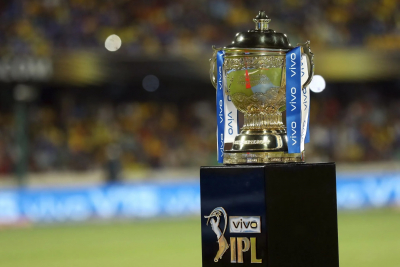 Kolkata Knight Riders all-rounder Sunil Narine put in a stunning performance to lead his side to a four-wicket victory over Royal Challengers Bangalore in the Indian Premier League eliminator.

He then smashed 26 off 15 balls as KKR reached 139-6 with two balls to spare despite a late wobble in Sharjah.

KKR face Delhi Capitals in Wednesday's second qualifier for a spot in the final.

The winner of that tie will play Chennai Super Kings on Friday for the 2021 IPL title.

KKR have now won six out of eight games since the delayed tournament resumed in the United Arab Emirates, while RCB are eliminated in Virat Kohli's final match as captain of the franchise.

Narine's all-round display was one of the finest in IPL history - there are not many bigger wickets to take in T20 cricket than Kohli, AB de Villiers and Glenn Maxwell, while he gave KKR much-needed impetus with the bat.

RCB made a strong start before KKR's spinners took hold, with Narine bamboozling the batters with his changes of pace, immaculate length and sharp turn.

After removing Srikar Bharat, Narine then bowled both Kohli and De Villiers with beautiful deliveries, each one foxing the star batter and finding a gap between bad and pat.

Once Narine also had Maxwell miscuing a big shot to Lockie Ferguson, RCB's hopes of posting a massive total had completely subsided.

The game was in the balance when Narine arrived at 79-3 off 11 overs but three sixes off the first three legal deliveries he faced from Dan Christian put KKR on top.

West Indies opted not to select Narine for the upcoming T20 World Cup in Oman and the UAE because of concerns over his fitness - this performance suggests they could rue that decision.

After announcing he would step down as RCB captain at the end of this season earlier this month, Kohli was hoping to lead the franchise he has represented since the first IPL in 2008 to their maiden title.

He began imperiously with a flurry of boundaries, but got bogged down on a slow pitch and his side could not pick up the scoring after his dismissal.

Kohli was visibly frustrated throughout KKR's innings, remonstrating with the umpires after he successfully overturned an lbw decision on review, believing it should have been given out on the field.

His mood did not improve as he watched Narine clear the fence, with KKR hitting five sixes compared to none by RCB.

Mohammed Siraj (2-19), Yuzvendra Chahal (2-16) and Harshal Patel (2-19) - who equalled Dwayne Bravo's record of 32 wickets in an IPL season - kept RCB in the game with some fine bowling despite a couple of dropped chances.

It left KKR needing seven off the final over, but Shakib Al-Hasan hit a sumptuous scoop shot over short fine leg for four off the first ball before he and captain Eoin Morgan completed the chase.

"I've tried my best to create a culture where youngsters can come in and play expressive cricket," said Kohli, who took over the RCB captaincy in 2013.

"I've given my best to this franchise and I will continue to give that effort on the field - I don't see myself playing anywhere else, loyalty matters to me more than anything else."

More in this category: « Official:Migne sacked as Gallants coach for 'abusive language'. Germany qualify for the 2022 World Cup with win in North Macedonia. »
back to top