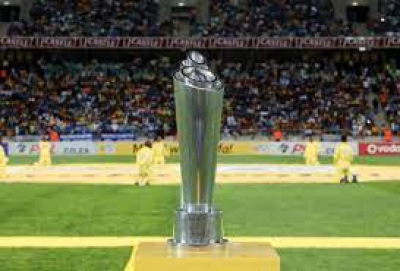 The Executive Committee of the PSL met today to deliberate on the amended Disaster Management Act Regulations of the 11th of October 2021 and identified matters that require stakeholder engagement and clarification.

These include engaging with SAFA regarding lessons learned from last night’s Bafana match against Ethiopia; vaccination messaging; SASREA compliance; ticket allocation; the issuing of tickets; access control; seating arrangements; media access; and the need to develop standard procedures to be applied.

Until further notice the PSL Covid protocol continues to limit attendance to 165 persons required at the match.

The Executive Committee has targeted the MTN8 Final, on the 30th of October 2021, as the ideal match to test the protocols that will be put in place.

The Executive Committee will meet again within the next seven to ten days to assess the outcome of the consultation process.

The PSL will communicate the approach that will be implemented after the meeting.

The PSL calls upon all supporters to support Government’s stance on the importance of vaccinations and the achievement of herd immunity. The sooner sufficient South Africans are vaccinated, the sooner supporters will be able to return in numbers.

The PSL wishes to express its appreciation to Government for making the return of supporters possible. The PSL also thanks supporters, sponsors, and the media, for their patience and understanding.

Meanwhile Peter Shalulile, and co-coaches Manqoba Mnqgithi and Rhulani Mokwena were voted the DStv Premiership Coach and Player of the Month for August/September respectively.

Shalulile, last season’s runner-up on the goal-scoring charts, has been in red-hot form since the start of this campaign. He has scored five goals in the opening six league matches, contributing close to half the number of goals (11) scored by Sundowns in the league to date.

His contribution up front has kept the champions atop the log standings since the opening day of the season. In making their decision, the judging panel composed of football print, online and broadcast media, commentators and analysts, were hugely impressed with Shalulile’s work rate in also helping out his side defensively, the remarkable timing of his runs up front and of course the goals he scored.

The Namibian forward beat other great performing players such as Victor Letsoalo of Royal AM and teammates Rivaldo Coetzee and Denis Onyango to the award.

The Mamelodi Sundowns coaching duo, Mnqgithi and Mokwena, who beat Royal AM’s John Maduka and SuperSport United’s Kaitano Tembo to the award, have overseen five wins, with one draw in their side’s opening six games, scoring 11 goals with their defence yet to be breached.

They got the nod for their consistency in getting positive results despite being faced with negative results in their camp at the start of the season. The league-winning coaches have also impressively created amazing continuity within the team in the new season by getting new recruits such as Grant Kekana, Thabiso Kutumela and Neo Maema, to gel and play the Brazilians' style of play.

More in this category: « Wales and Bournemouth midfielder David Brooks diagnosed with cancer. Strydom top of the leaderboard at Sun City. »
back to top