Uefa to hold hearing into unrest during Wembley final. 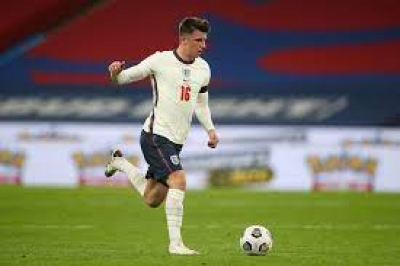 The Football Association is set to learn if England have to play any home games behind closed doors as a result of the unrest at Wembley Stadium during the European Championship final.

Uefa are due to hold their disciplinary hearing on Monday, with a verdict likely to be released within 24 hours of the tribunal concluding.

Fans fought with stewards and police as they attempted to break into Wembley for the event on 11 July.

England lost to Italy in the final.

The English FA set up an independent review of their own a week later, saying it was determined to ensure the "disgraceful scenes" that marred the Euro 2020 final were "never able to be repeated".

Hundreds of fans got into Wembley for the showpiece without tickets after areas around the stadium became packed hours before the evening kick-off.

Many even sat in the area reserved for players' relatives.

Uefa are likely to focus on whether the FA's security measures for the game were adequate.

News of the hearing follows moreunruly scenes during Tuesday World Cup qualifier against Hungary,which saw visiting supporters clash with stewards and police in the opening minutes.

World football's governing body, Fifa, have opened a disciplinary case into the match and the one between Albania and Poland, which was also halted for 20 minutes as objects were thrown at the visiting Polish players.

"Following an analysis of the match reports, Fifa has opened disciplinary proceedings in relation to yesterday's England v Hungary and Albania v Poland matches," said Fifa in a statement.

"Once again, Fifa strongly condemns the incidents at both matches and would like to state that its position remains firm and resolute in rejecting any form of violence as well as any form of discrimination or abuse. Fifa has a very clear zero-tolerance stance against such abhorrent behaviour in football."

More in this category: « SA youth to battle for honours in rising star tennis national finals. Pitso Mosimane stays at Al Ahly, but no new contract. »
back to top