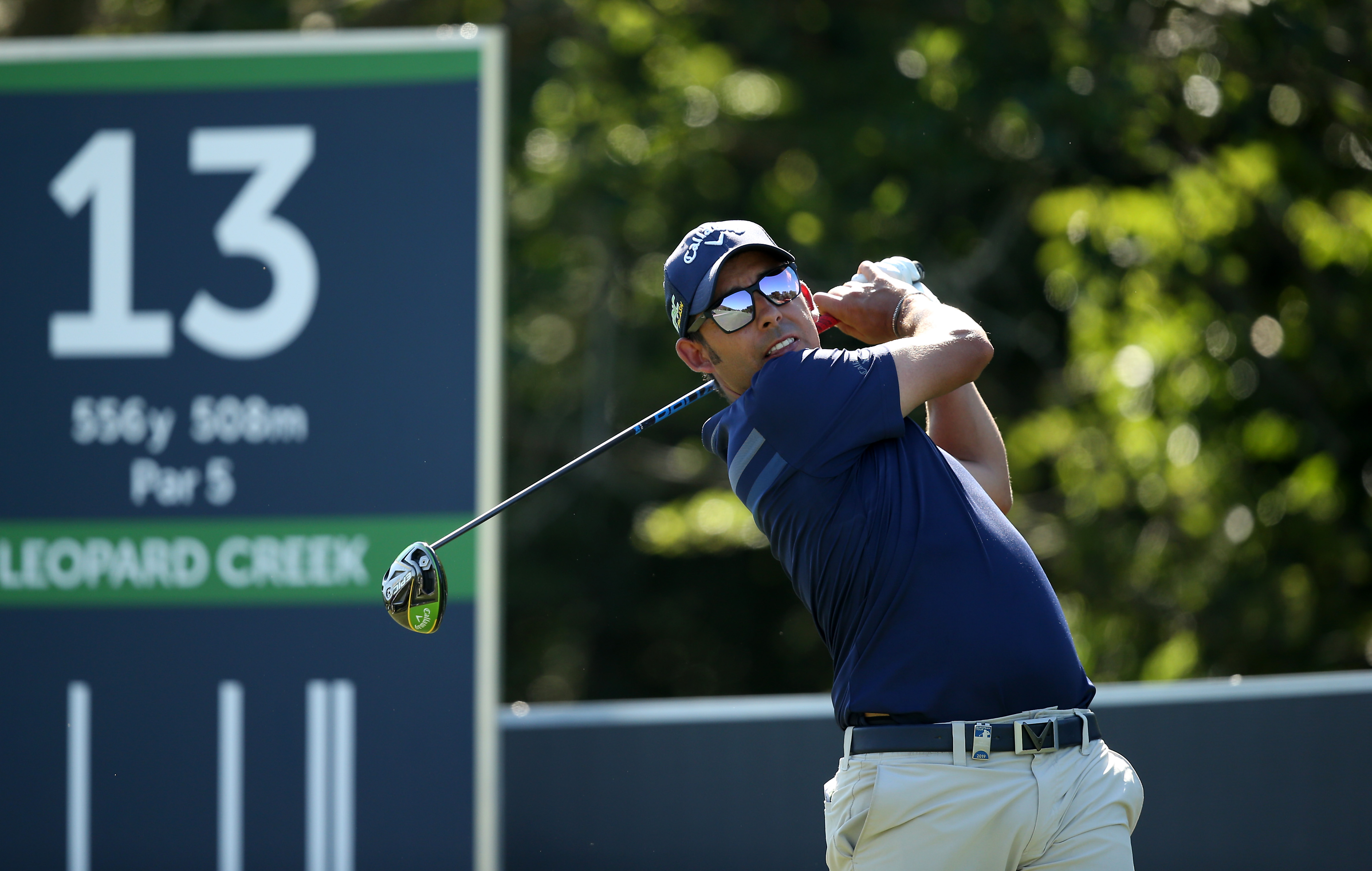 Pablo Larrazabal battled through the pain of blistered feet to win the Alfred Dunhill Championship at a Leopard Creek golf course where his professional career first teed off 12 years ago.

The Spaniard showed immense heart as he birdied the last to pull himself out of a three-way tie for the lead and win by a single stroke on eight under par with a closing 75 on Sunday.

“This has been the toughest day of my golf career. I developed blisters on my feet on the back nine in the third round. I woke up this morning and put my golf shoes on, and I couldn’t walk. I also had a blister on my right toe and that meant I couldn’t swing through the ball properly. I really struggled. I was in pain on every shot,” said Larrazabal.

The effects of that pain showed as Larrazabal, who started the final round with a three-stroke lead, limped to a front nine of 41.

“When I stepped onto the 10th tee, I told myself that I had just played the worst front nine of my career, but I was still just two shots behind the leader,” he said.

“I made myself believe. I just tried to put my ball on the fairway and let my short game do the talking. I put a lot of heart into it. My golf career started here in this tournament 12 years and 388 tournaments ago. Now I get to lift this trophy. It’s very special.

“If it was any other tournament, I might have just given up. But this place is so special to me. I probably have as many South African friends as Spanish friends. All of the members here at Leopard Creek are good friends. So to win here is a dream come true. And to pull this off after four-and-a-half years without a win makes me the happiest man in the world.”

There were so many possible fairy-tale endings to this tournament.

Sweden’s Joel Sjöholm was the second reserve for the tournament and decided to risk coming out to South Africa in the hope of finding a place in the field. He was one of those tied for the lead with Larrazabal before ending a successful week in second place on seven under with a closing 69.

Charl Schwartzel decided to make his comeback from an eight-month injury layoff in a tournament he has won four times and finished second in four times. He came close to winning it before finishing tied third on six under with a final round of 70.

And former world top-10 player Branden Grace, who has slumped to 130th on the rankings, challenged for the title over the closing holes before also finishing tied third with a 73.

But for this week in the African bush, it was the man with the bloodied feet who was the one walking tall on the 18th green at Leopard Creek.

Tweet
More in this category: « Mamelodi Sundowns got off to the perfect start of their CAF Champions League group stage campaign. KwaZulu-Natal rivals AmaZulu and Maritzburg United played to a 0-0 draw. »
back to top