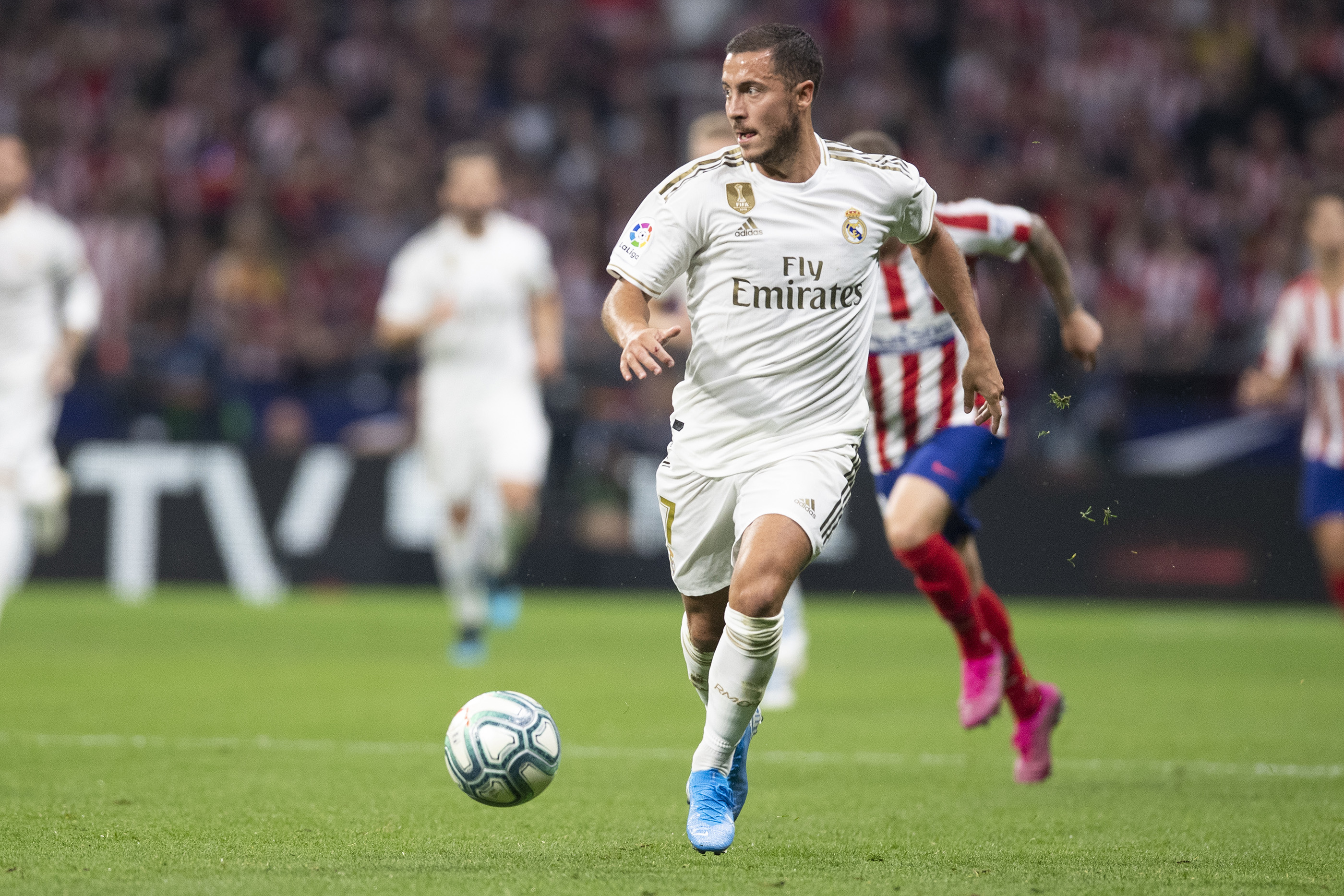 Third-placed Sevilla remain right in a historically tight title race with Basque side Athletic Club and Real Sociedad also showing championship form through recent weeks, while this weekend's games should also help clarify the situation towards the bottom as we move towards the winter break.

The action begins Friday evening with Villarreal hosting Atletico de Madrid and both teams looking for a lift after disappointing defeats last weekend. This has traditionally been a tricky fixture for Diego Simeone’s men, with two draws and two Villarreal wins over the last four seasons.

Granada’s form has faded recently after their fine start and they now sit 10th, with equal number of wins as defeats [six] and goals scored and conceded [20]. Saturday’s visitors to Los Carmenes are D. Alaves, whose strike pair Lucas Perez and Joselu are both in excellent form.

Saturday’s city derby between Levante and Valencia should be a cracker, with the teams currently separated by just three points and three places in the LaLiga table. Los Granotas are strong at home with four wins and just one loss in seven outings, while Los Che are formidable on the road, so a match in the spirit of last season’s entertaining 2-2 draw looks a distinct possibility.

Newly crowned Ballon d’Or 2019 winner Lionel Messi will lead Barcelona out at the Camp Nou against RCD Mallorca on Saturday evening, having either scored or assisted 10 of his team’s last 13 LaLiga goals. The Balearic Islanders have yet to pick up a point away in 2019/20but did pick up a creditable 1-1 in this fixture in 2010 when Messi also scored.

Sunday starts at Ipurua with an Eibar team looking over their shoulders at the relegation zone after three straight defeats hosting a Getafe side dreaming of Champions League qualification after 11 points from their last five games.

In even better form are Athletic Club who have taken 13 from the last 15 points available to climb to fourth in LaLiga, ahead of their trip on Sunday to Real Betiswhere Los Verdiblancos have been specialising in grabbing late winners in recent weeks.

Real Valladolid have slipped downwards while not scoring across their last three LaLiga fixtures, and now host Real Sociedad who have found the net in all but one of their 15 games so far. History suggests the points might be shared however following four consecutive draws in this fixture.

Leganes at home to RC Celta is a huge game at the bottom of the table. Both teams have improved recently under new coaches Javier Aguirre (Leganes) and Oscar Garcia (Celta), but still remain in the drop zone with just one win each across their last six LaLiga outings.

Sunday’s final game sees Osasuna back at El Sadar where their historic31 game unbeaten run ended a fortnight ago, with the visitors being a Sevilla team who remain right in the title race having a LaLiga-high16 points already away from home this season. 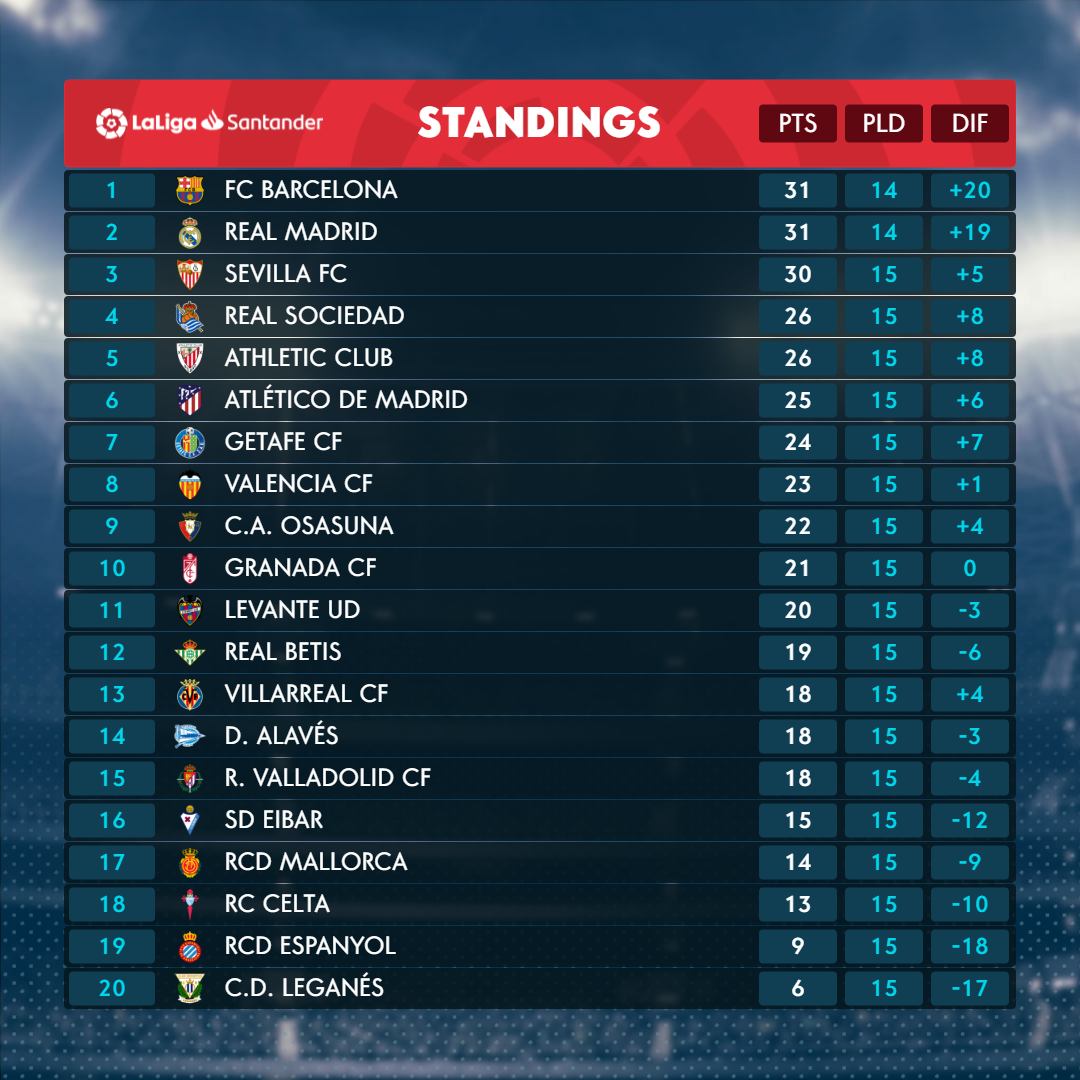 Watch LaLiga Santander this weekend live, starting this Friday and into the weekend, on SuperSport 7 HD.

Tweet
More in this category: « Kaizer Chiefs are in sensational form, winning ten of their opening 12 Absa Premiership matches. Chelsea transfer ban reduced after an appeal to Court of Arbitration for Sport. »
back to top