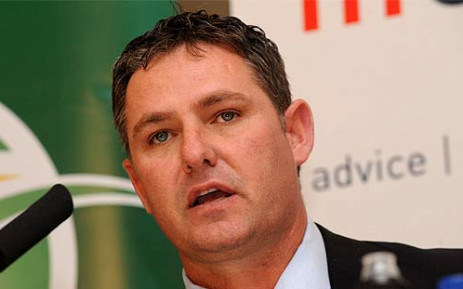 The former Titans CEO Jacques Faul has been appointed as the acting CEO by Cricket South Africa following the suspension of the embattled Thabang Moroe.

CSA president Chris Nenzani made an announcement at a press conference at OR Tambo International on Saturday.

According to Nenzani, Richardson said he would not be able to fulfill the position on a full time basis as he had just retired from serving the ICC.

He also added that former Proteas skipper Graeme Smith had accepted the position of director of cricket, and that matter will be concluded by Wednesday.

Tweet
More in this category: « Chelsea transfer ban reduced after an appeal to Court of Arbitration for Sport. Karim Benzema and Raphael Varane ensured victory for Real Madrid. »
back to top