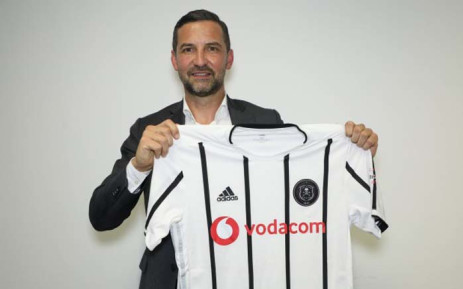 Orlando Pirates has announced the appointment of German Josef Zinnbauer as the club's new head coach on a three-year deal.

Pirates is pleased to announce the appointment of Josef Zinnbauer," a statement from the club read.

"It is a fine balancing act that goes beyond the all-important technical skills. A coach is tasked to win through others," added Khoza.

"His ability to keep the team focused, making them work in concert, with minimal lapses is an important requirement.

"I hope that Josef Zinnbauer is able to hit the deck running. I know I am fully representative of all the Orlando Pirates supporters in wishing him good luck."

Zinnbauer also commented: "I welcome the opportunity to lead one of the prestigious clubs on the African continent. I hope under my lead, we are able to return the club to its winning ways."

Rhulani Mokwena will continue as interim coach until Zinnbauer’s work permit is granted and will then return to his position as assistant coach alongside Fadlu Davids.

Tweet
More in this category: « Russia has been banned for four years including 2020 Olympics and 2022 World Cup. Mamelodi Sundowns will host a struggling Stellenbosch FC side at Loftus Versfeld Stadium. »
back to top