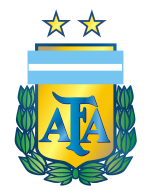 South American football governing body CONMEBOL has suspended Lionel Messi from the international matches with Argentina for three months because of accusations of corruption he made at the latest Copa America.

The South American body also said that it had fined the superstar in $73,500 for his comments after Argentina’s 2-1 win against Chile in the third-place playoff of the tournament last month.

Messi and Argentina can still appeal the decision,they have seven days to do so and the Barcelona striker will be banned from playing in four friendlies this year.

More in this category: « Schoenmaker bagged the gold in the 200m breaststroke with an impressive new record time of 2:22.35. Sundowns started their 2019/20 ABSA Premiership on a high after beating Supersport United. »
back to top