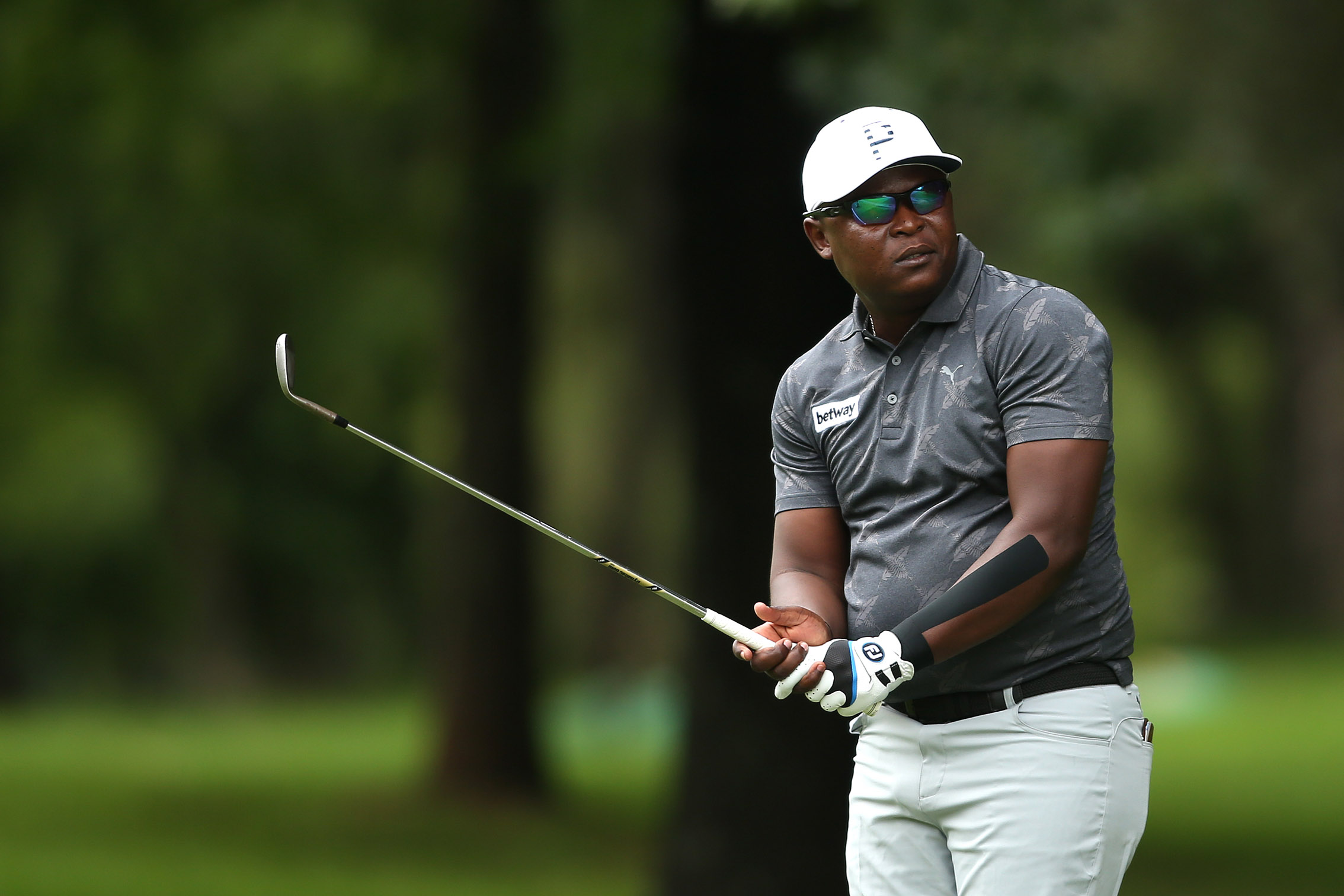 At the end of last year, Toto Thimba Jnr. was very clear on the biggest goal he had for 2020. "I want to win the SA Open". The South African took a big step towards achieving this goal as he came through Thursday's first round of the South African Open hosted by the City of Joburg just two shots off the lead.

Thimba Jnr. opened with a seven-under-par 64 on Randpark's Bushwillow course, putting him well within reach of leader Johannes Veerman of America who signed for a sublime nine-under 62 on Bushwillow.

Veerman is one stroke clear of the field, with Italian Nino Bertasio and South Africa's JC Ritchie his nearest challengers.

Branden Grace came through day one with a 64 on the Firethorn course, which was the day's best on this layout.

Defending champion Louis Oosthuizen opened with a solid 65 on Bushwillow. "It was decent. I drove it nicely. There were a few putts where I didn't quite get the lines right, but I'm rolling it nicely. I would've taken six under for my first round so I'm happy," said Oosthuizen.

Thimba Jnr, a member of the Sunshine Tour's Gary Player Class of professionals identified for support with their careers and who are pushing each other to greater heights, is playing with a true belief that a place on one of the most famous trophies in golf is not beyond his reach.

And he is well aware of the impact it would make should he achieve his goal of a victory in his national Open.

"If I win, it will open doors for a lot of Black golfers. That's my goal and that's what I want to achieve. I want to be an inspiration," he said.

Thimba Jnr. claimed his breakthrough Sunshine Tour victory in the KCB Karen Masters in Kenya last year. And he was also inspired by the performance of Madalitso Muthiya in the last edition of this tournament as he challenged for the title with Louis Oosthuizen before finishing tied seventh.

"Anytime a Black golfer plays well it inspires me. You just have to stay patient, work hard and believe in yourself. I write the word 'Believe' on my golf ball to remind myself that I can win out here."

Tournament leader Veerman was delighted to tee off the decade with a 62.

"It was a good round of golf. The course was set up to go low out there. The wind didn't blow hard, the rough isn't long, and the greens were receptive, so there was a good number out there," he said.

Tweet
More in this category: « Champions League Results 2019: Qualified teams after the group stages. Sadio Mane’s story, echoes of a fairy tale book. »
back to top