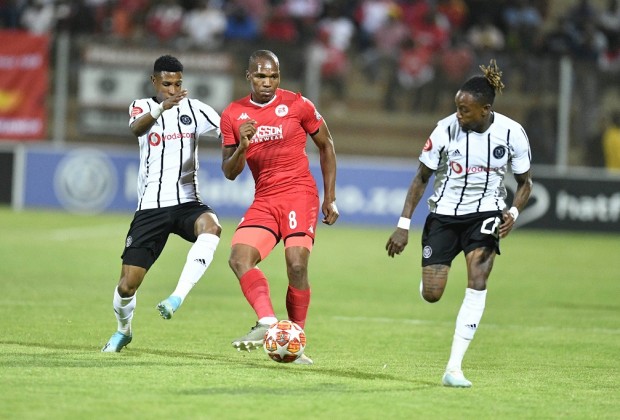 Maritzburg United have maintained their unbeaten run to six matches following a goalless draw with Chippa United in the Absa Premiership.

Here's how the two sides lined up:

Meanwhile Stellenbosch’s survival fight in the Absa Premiership was given a major shot in the arm when they defeated Highlands Park 4-1 at the Makhulong Stadium.

Iqraam Rayners inspired Stellies with two goals and an assist, helping them claim just a fourth win from 18 league matches this season and rise to the relative safety of 11th place on the log. The Lions of the North remain in sixth spot.

The teams will return to Premiership action next weekend: Stellenbosch will host Baroka on the evening of Friday 17 January, while Highlands will be away to Orlando Pirates on Saturday 18 January.

Baroka FC have risen off the bottom of the log in the Absa Premiership after a 1-0 win over derby rivals Polokwane City at the Peter Mokaba Stadium.

An early penalty decided the game, though Bakgaga needed late heroics from their goalkeeper to ensure they claimed the three points and rose to 13th on the log, with the result dropping Rise and Shine down to 16th and last spot.

Tweet
More in this category: « Liverpool hold on to beat Spurs and make it 20 wins from 21 matches. Serena Williams donates her winners cheque to Australia fire victims. »
back to top