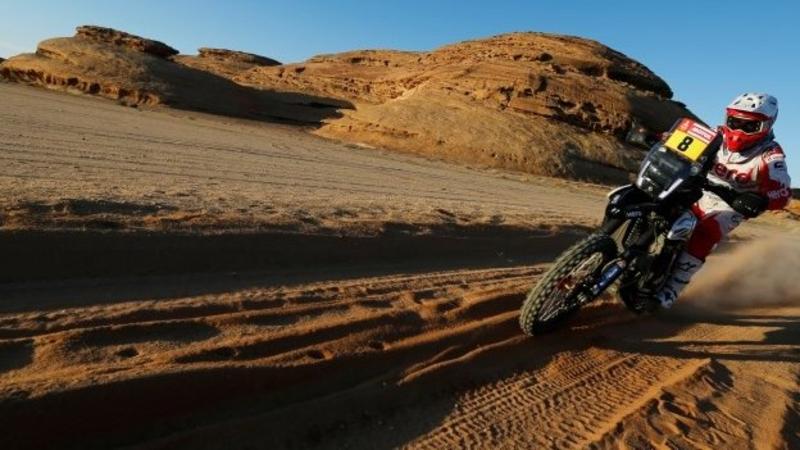 Portuguese motorbike rider Paulo Goncalves has died after a crash during the Dakar Rally in Saudi Arabia.

The 40-year-old suffered the fatal accident after 276 kilometres (171 miles) of the seventh stage.

A statement from organisers said he was pronounced dead in hospital having earlier been found unconscious after suffering a cardiac arrest.

"The entire Dakar caravan would like to extend its sincere condolences to his friends and family," it said.

The event, once known as the Paris-Dakar Rally, is being held in Saudi Arabia for the first time, having spent a decade in South America following a switch from its original Saharan African route because of security concerns.

Goncalves, the 2013 cross-country rallies world champion, was taking part in his 13th Dakar Rally and was runner-up to Marc Coma five years ago.