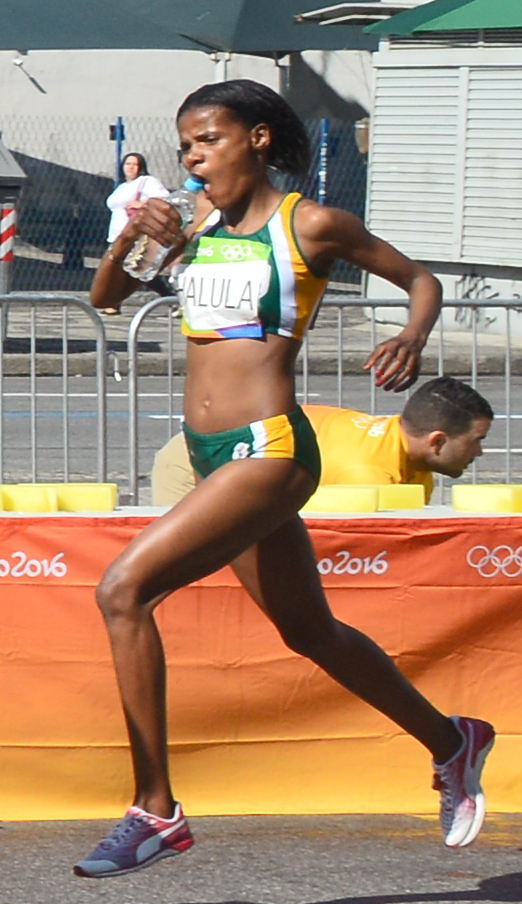 Competing in the colours of Central Gauteng Athletics (CGA), Mashele took the men's contest in 30:27.

His closest challenger was Mbuleli Mathanga of KwaZulu-Natal Athletics (KZNA), who had earlier appeared eager to cause an upset when he led for most of the race before he was overtaken to take second place for in 30:27.

The top four men all dipped under the domestic qualifying standard of 30:50 for the CAA African Cross Country Championships scheduled for Lomé, Togo on a date to be determined after being postponed from March 1.

The two other men are Kabelo Seboko of CGA (30:34) in third position and Pakiso Mthembu (30:34) of Free State Athletics.

In the women's race, Phalula (CGA) led from start to finish, pulling away from her twin sister Lebogang - who had clung to her at second position for three quarters of the race. Lebo coasted to victory in 35:50 with her sister drifting to a fifth place finish (37:51).

“I was in Ethiopia for training and it showed in my race today. I am so, so happy with my performance,” Lebo said of her win.

In a hard-fought junior men's 8km race, eight athletes dipped under the qualifying standard of 25:48. Sanele Masondo (KZNA) secured the win in 25:04, holding off Jason Bowers (Athletics Vaal Triangle) by one second in a late sprint for the line.  In third place Jankie Molele of Limpopo Athletics clocked 25:05.

Producing another thrilling contest, Carmie Prinsloo grabbed an impressive victory in the junior women's 6km contest in 21:36, with the top four athletes finishing within two seconds of each other.

Five women in this category ran below the qualifying time of 21:55 to be considered for the national squad. Gene Coetzee of CGA (second) and  Aviwe Hlobolshe (Athletics Transkei) at third clocked 21:37, while Danielle Verster of Athletics Central North West finished 21:38 and Tayla Kavanagh of KZN clocked 21:47.

“This was a very competitive day,” said an excited Aleck Skhosana, the President of Athletics South Africa. “Only a maximum of six athletes per age category are allowed to be entered into the competition and the selectors will have to look at all that when they make their final determinations.

Tweet
More in this category: « Log leaders Liverpool will be aiming to protect a 38 game unbeaten record against bitter rivals Manchester United. Golf: Kruyswijk, Fichardt have their eyes set on Eye of Africa PGA Championship title. »
back to top