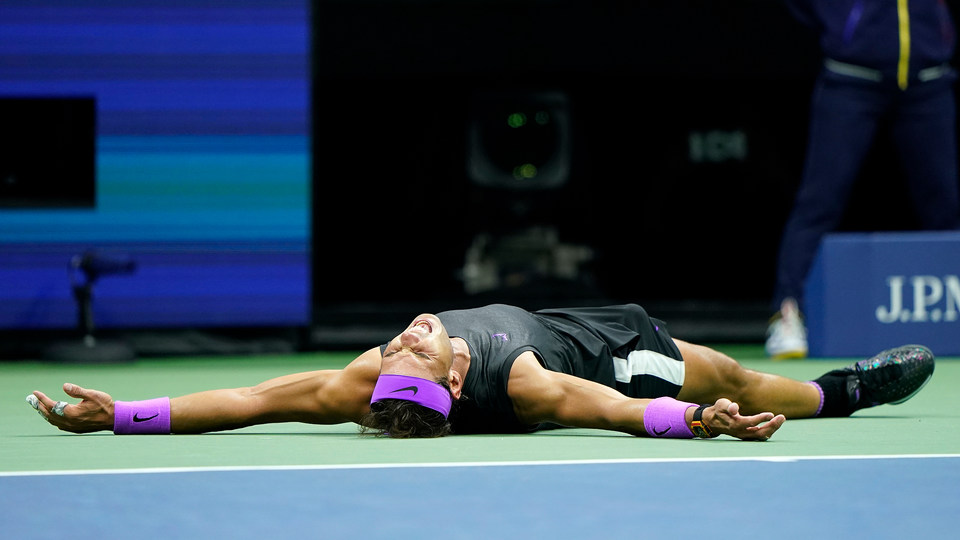 Rafael Nadal produced a clinical performance to see off the brave challenge of Bolivia’s Hugo Dellien 6-2 6-3 6-0 in the opening round of the Australian Open.

Dellien, the first Bolivian ever to compete at the Australian Open, fought hard, and the match was far closer than the scoreline might suggest.

Nine years ago Dellien had been Nadal’s practice partner as a wide-eyed 17-year-old at the 2011 French Open. Now nearly a decade later, he was experiencing first-hand Nadal’s ruthless ability to dispatch lower-ranked opponents in the opening rounds of a Grand Slam.

Vekic ensured a more prosperous outing with a 6-3 6-4 victory over Sharapova.

Defeat meant Sharapova, a five-time Grand Slam champion, would tumble outside the world’s top 350 in the rankings.

And rising South African tennis star Lloyd Harris suffered an early exit at the Australian Open when he was bundled out in the first round by Argentine 14th-seed Diego Schwartman Melbourne.

Schwartzman won comfortably in three sets with a 6-4,6-2,6-2 scoreline.

Tweet
More in this category: « Serena Williams took first step toward potential 24th major at the Australian Open. Kagiso Rabada surprised by the ban,and sorry for letting the team down. »
back to top