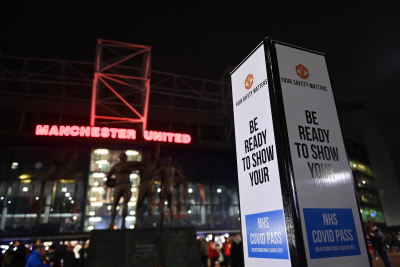 Manchester United lost for the first time in the Premier League under interim coach Ralf Rangnick as Joao Moutinho struck late on to give Wolverhampton Wanderers victory at Old Trafford.

Moutinho drove home on the half-volley after Adama Traore's cross had only been half cleared by Phil Jones, who was making his first appearance for the hosts in 707 days.

It was a deserved win for Wolves, who dominated the first half and also hit the bar late on through Romain Saiss' free-kick.

But it was a disappointing display by United, who did not get going until Bruno Fernandes came on midway through the second half.

Jose Sa produced a brilliant save in the final seconds to keep out Fernandes' free-kick and ensure Wolves' first league win at Old Trafford since 1980.

United remain seventh while Wolves are now three points and once place behind them in eighth.

More in this category: « Chelsea defender Thiago Silva pens one-year deal until 2023. Stuart Broad recalled to England side for 4th Ashes Test against Australia in Sydney. »
back to top