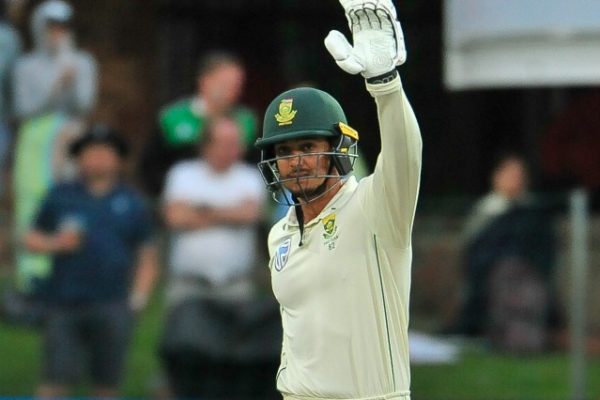 He made his international debut in December 2012 after an impressive showing at that year’s ICC U19 Cricket World Cup in Australia and was called up into the ODI squad just a short month later.

The 27-year-old wicket-keeper batsman boasts 115 ODI caps with 4 907 runs. An exciting talent from the beginning, De Kock has been one of South Africa’s standout and most consistent batsmen for several seasons with an ODI average of 45.01, 14 centuries, 24 half-centuries and a high score of 178 (off 113 balls, 16×4, 11x6s) which he made against Australia at SuperSport Park in September 2016.

CSA Acting Director of Cricket Graeme Smith said “We all know the quality of the player that Quinton de Kock has grown to become. Over the years, we have watched him grow in confidence and become one of the top ODI wicket-keeper batsmen in the world. He has a unique outlook and manner in which he goes about his business and is tactically very street smart. We are confident that the new leadership role will bring out the best in him as a cricketer and that he can take the team forward into the future and produce results that South Africans the world over can be very proud of. We wish him the very best in this new role and look forward to watching him make his mark in this series against the World Cup Champions.”

The 15-man ODI squad to play against England:

Tweet
More in this category: « Lukhanyo Am has been named captain of the Sharks for the 2020 Super Rugby season. Former physiotherapist Jacques Nienaber set to be Springboks head coach. »
back to top