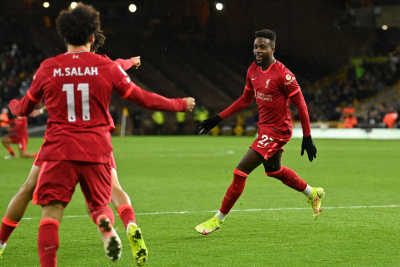 Liverpool have made a formal request to postpone Thursday's Carabao Cup semi-final first leg at Arsenal because of an increase in Covid-19 cases at the club.

The Reds' squad has been further stretched by the departure of Mohamed Salah, Sadio Mane and Naby Keita for the Africa Cup of Nations.

The request has been made to the English Football League (EFL) with the match at Emirates Stadium scheduled to take place at 19:45 GMT on Thursday.

A Liverpool statement said: "Among the considerations which led to today's application to the EFL is the need for travelling supporters to be given as much notice as possible of any potential postponement.

"With no prospect of the current situation improving ahead of Thursday's fixture and the potential for it to worsen, the club considers it both prudent and reasonable to ask for the fixture to be rescheduled.

"Liverpool FC will offer a further update on the application process, as well as the resumption of training, in due course."

An EFL spokesperson said Liverpool's request "will now be considered in accordance with the competition rules as set out at the start of the season alongside information submitted by the club".

The EFL added: "We will look to confirm the League's position as soon as possible once the circumstances have been fully reviewed."

Liverpool are due to host Shrewsbury Town in the FA Cup third round on Sunday (14:00) before the second leg against Arsenal at home on 13 January.

Chelsea host Tottenham in the other Carabao Cup semi-final on Wednesday (19:45 GMT).

More in this category: « Lukaku apologises and is back in Chelsea squad for Tottenham semi-final clash. England battle on rain-affected opening day of Sydney Test. »
back to top