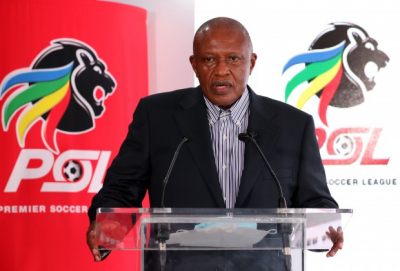 The PSL in an exciting innovation announced the four team names alongside the playing squads for the inaugural DStv Compact Cup.

The DStv Compact Cup is set to take place over the last two weekends of January 2022, where viewer, coach and player collaboration will be paramount, as the PSL divides its 16 member clubs into four regions, comprising of two inland and two coastal regions, as follows:

Meanwhile today's press conference was expected to offer more information on the PSL’s decision to reject Chiefs’ request, but there was little new information provided by PSL chairman Irvin Khoza, with indications suggesting that there won’t be any change in outcome.

Chiefs took an emergency decision to temporarily close the club’s headquarters in Naturena in the wake of a severe Covid-19 outbreak in December, which affected more than 35 employees, and meant they were unable fulfil their fixtures against Cape Town City and Golden Arrows.

Khoza said a decision on whether to punish Chiefs for refusing to attend two DStv Premiership matches in December has yet to be taken, and that the matter is currently with the league’s legal division.

"It took too long because of the complexity around the matter which necessitated that there must be information gathering to enable us to establish a process.

"The PSL fixtures affects a lot of people and stakeholders and if a fixture is not met there must be uniformity in dealing with those matters.

"The PSL is also a member organisation with its rules but also if there are problems there must be furnace on the part of the PSL.

"When we deal with a matter we must accommodate the members and not use the rules punitively.

"When we received the request to postpone certain fixtures it was a matter handled by the football department who has the authority and not the executive committee.

"The compliance manual dictates that the football department is the one with the authority to change fixtures. Having done that we sat for the matter on 3 December after Chiefs wrote to us on 2 December for consideration of the December fixtures."

"I hear through the media that there might be future issues such as appeals and things like that, we all know that every administrative decision is reviewable.

"Therefore it's not easy for me to talk about the details as if the process is still ongoing it will only be fair that I hold back information to give the process a chance to reach its final conclusion.

"We did that with the Sekhukhune United and Royal AM decision with pressure from the media, but we cannot make a running commentary on an ongoing matter."

Khoza did confirm that Zola Majavu had been hired again as a PSL prosecutor.

"He is now a member of the prosecution of the PSL going forward," said Khoza.

The PSL chairman also announced the launch of the PSL Players Transition Programme, meanwhile, a scheme set up to help players with their careers after they hang up their boots.

"Multichoice are helping the PSL walk the talk with the launch of the Players Transition Programme, a way of progressing the lives of PSL players when they retire," added Khoza.

The league is set to resume on 15 February after a festive break over the month of December.

More in this category: « Rabada,Ngidi,KL Rahul move up in ICC rankings after Centurion face-off. Australian Prime Minister threatens to throw Djokovic 'on the next plane home'. »
back to top