Barty comes from set down to beat Coco Gauff in Australian Open lead-up. 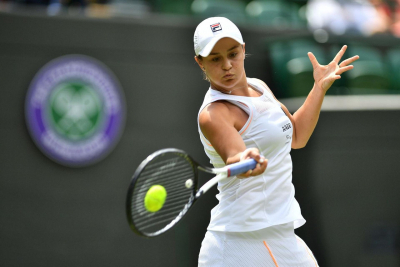 Australia's world number one Ashleigh Barty marked her return to the court with a gritty win against American teenager Coco Gauff in Adelaide.

It was the Wimbledon champion's first competitive match since the US Open in September after ending her 2021 season early because of quarantine rules.

Two-time Grand Slam champion Barty is the favourite to win the Australian Open, which starts in Melbourne on 17 January, and will be looking to become the first home player to win the Grand Slam since 1978.

"I felt like I played a pretty good quality match considering it was my first match in a few months," said 25-year-old Barty, who faces American Sofia Kenin or fellow Australian Ajla Tomljanovic in the quarter-finals.

"Coco played great and forced me to hit a lot of balls. I felt I got better and better as the match went on. It was nice to get some court time."

Second seed Aryna Sabalenka suffered a shock exit in Adelaide, losing 7-6 (7-6) 6-1 to Slovenia's Kaja Juvan, who is ranked 100th in the world.

In Melbourne, British number three Harriet Dart lost to American Madison Keys in the first round of the Summer Set Two event.

Dart, 25, won two qualifying matches to reach the main draw of the tournament, which is one of a pair of WTA 250 events being held at Melbourne Park before the Australian Open starts.

More in this category: « Australian Prime Minister threatens to throw Djokovic 'on the next plane home'. Attendances capped at 60-80% for AFCON,Zambia on stand-by. »
back to top