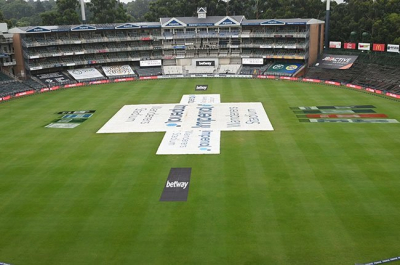 Cricket South Africa has explained why people have been allowed to watch the Proteas-India Test series from private suites at stadiums.

On Thursday, CSA said it had noted the confusion concerning the allocation of hospitality tickets.

"Consequently and noting the need to clarify this situation, CSA wishes to emphasise that the decision not to sell tickets for the series was due to the necessity not to compromise the bio-secure environment the teams are playing under," read a statement. "However, CSA is still contractually obligated to issue hospitality tickets to its commercial partners and guests travelling with Team India.

"Therefore, attendance of matches by commercial partners is a contractual commercial deliverable, in pursuance of partner obligations. No hospitality tickets are being sold nor available for sale.

"CSA regrets that cricket fans are presently not able to attend matches, owing to the restrictions that have been occasioned by the Covid-19 pandemic and very specific conditions of a bio-secure environment. CSA is hopeful that soon fans will be able to attend live matches and enjoy their sport of choice."

Meanwhile Proteas batting consultant Justin Sammons says Aiden Markram "showed glimpses of what he’s capable of" against India at the Wanderers on Wednesday.

Markram made 31 in South Africa’s second innings before being trapped lbw by Shardul Thakur.

The 27-year-old was twice bowled, for 13 and one, by Mohammed Shami during the first Test in Centurion and out lbw to the same bowler for seven in the first innings at the Wanderers.

"We all know the quality player that Aiden is," he said. "That’s not going to change over three or four innings and he showed glimpses of what he’s capable of.

"He’s also received some good balls and those would have got most batters out. He just needs to stick to his processes and keep doing what he’s doing.

"His preparation has been very good and he must trust it will come through because as a coaching staff, we do."

The Proteas finished day three of the second Test on 118-2, needing 122 more runs to win and level the series.

The rain has eased further, but is yet to stop. With a better forecast for the day and an excellent drainage system at the Wanderers, play is expected to start.

More in this category: « Arsenal fined £20,000 by FA after admitting they breached player conduct rules. Richard Arnold to replace Ed Woodward as Man Utd chief executive. »
back to top