Manchester United midfielder Paul Pogba out at least another month. 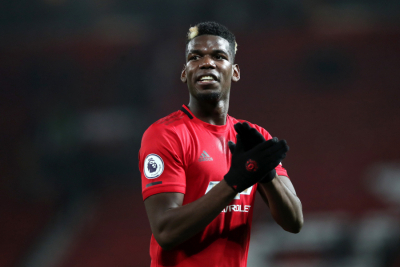 Manchester United's Paul Pogba is not expected to return from his groin injury for at least another month, says interim manager Ralf Rangnick.

The midfielder, who has played 13 games this season,suffered the injury while training with France in November.

"A week ago, I was told it would take another four or five weeks," said Rangnick on Friday.

Pogba, 28, is out of contract at United in June, and is able to sign pre-contract terms with overseas clubs.

Rangnick added: "He's not training with the team yet. As far as I know from the medical department, it will last another three weeks, four weeks, and once he is then fit for training it does not necessarily mean he is also match fit.

"It will probably take a couple of weeks before he is really able to compete for the first team."

United, who are seventh in the Premier League, face Atletico Madrid in the first leg of their last-16 Champions League tie on 23 February.