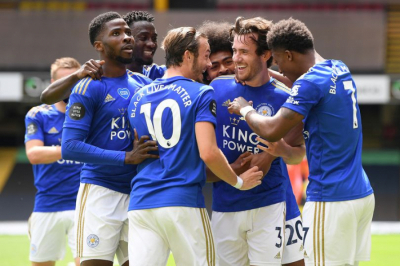 National League North side Kidderminster Harriers will host Premier League West Ham United in the fourth round of the FA Cup.

League One Plymouth Argyle are away to Chelsea, while National League Boreham Wood will visit Championship leaders Bournemouth.

League One Cambridge United's reward for beating Newcastle is a home tie with Championship side Luton.

The fourth round will be played between 4 and 7 February.

Holders Leicester City are away to the winners of Nottingham Forest-Arsenal which kicked off at 17:10 GMT on Sunday.

The winners of Manchester United-Aston Villa, who play on Monday (19:55), will host Middlesbrough, and Championship club Cardiff will visit Liverpool.

Manchester City will host Fulham while there are at least three all-Premier League ties.

Everton are at home to Brentford, Brighton & Hove Albion travel to Tottenham and Wolves will welcome Norwich City.
(2/2) pic.twitter.com/yHhCw6Bhe7

League Two Hartlepool United's reward for beating Championship side Blackpool is an away trip to Premier League Crystal Palace.

More in this category: « Kane and Moura bail out desperately poor Tottenham against Morecambe. Juventus produce stunning fightback to beat Roma in seven-goal thriller. »
back to top