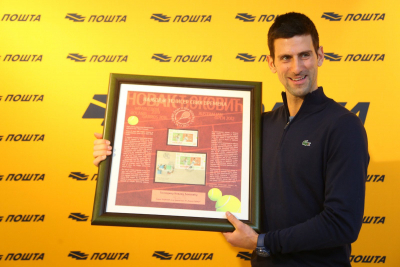 The controversy over Novak Djokovic's Australian visa application has been "damaging on all fronts", the men's professional tennis tour has said.

The ATP also called for more clarity of the rules to enter Australia and urged players to get vaccinated.

Djokovic left an immigration detention hotel on Monday after his visa cancellation was overturned in court.

But Australia's immigration minister still has powers to re-cancel the visa and deport the unvaccinated player.

"Complications in recent days related to player entry into Australia have... highlighted the need for clearer understanding, communication and application of the rules," said an ATP statement.

"In travelling to Melbourne, it's clear Novak Djokovic believed he had been granted a necessary medical exemption in order to comply with entry regulations.

"The series of events leading to Monday's court hearing have been damaging on all fronts, including for Novak's well-being and preparation for the Australian Open."

Mr Morrison's office said in a statement he'd had a "constructive call". Neither leader commented on whether Djokovic could still be deported.

Following his release, Serbia's Djokovic, 34, posted a photo of himself and his team - including coach Goran Ivanisevic - on court at the Rod Laver Arena in Melbourne, where he has won a record nine Australian Open men's singles titles.

This year's tournament begins on 17 January and if Djokovic wins, he will become the most successful men's player in history.

The world number one is tied with Switzerland's Roger Federer and Spain's Rafael Nadal on 20 Grand Slam singles titles.