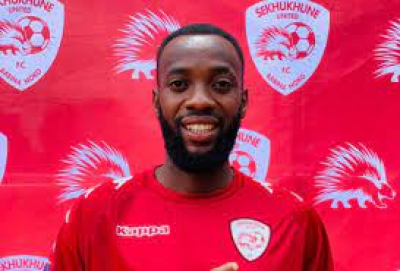 The three players were announced on Tuesday afternoon, after the team returned back to training following the Christmas and New Year break.

"Evans Rusike, the 31-years old Zimbabwean international player, born in Chitungwiza. He started his career in 2010 with Kiglon before moving to Zimbabwe Saints in 2012."

With their vast experience, the trio will surely add a lot of value to coach MacDonald Makhubedu’s side, who have started the 2021/2022 season in a decent manner.

Sekhukhune went into the break with the team occupying position eight on the league standings and they will look to build on that by climbing higher on the log going into the last half of the season.

More in this category: « Kagiso Rabada puts disciplined Proteas in command in Newlands. Southampton mark new era by humiliating Brentford. »
back to top