Pirates set to do battle against AmaZulu in the Nedbank Cup. 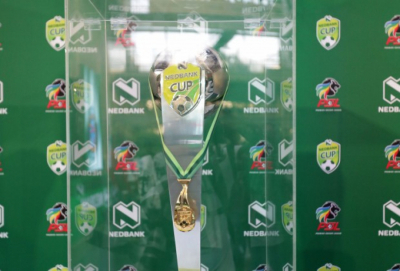 The Last 32 draw for the 2022 Nedbank Cup tournament was conducted in Sandton, Johannesburg on Wednesday afternoon.

This season's edition of the competition will commence on 5 February and will once again include teams from the ABC Motsepe League after the third division sides were excluded last year due to Covid-19 restrictions.

Reigning champions Marumo Gallants (winners as TTM last season) have been drawn against Santos FC, while Kaizer Chiefs will have the opportunity to avenge their 2019 final defeat to TS Galaxy.

Elsewhere, DStv Premiership league-leaders Mamelodi Sundowns will face Richards Bay and Orlando Pirates are set to do battle against AmaZulu.

The prize money is still kept at R7 million, meaning the Nedbank Cup remains the second big Cup competition in South Africa after the MTN8.

The dates, venues and kick-off times will be released by the league in due course.

More in this category: « Novak Djokovic admits breaking Covid-19 isolation while positive. Limpopo entrenches its place on the international golf calendar. »
back to top