Chris Morris calls time on playing career to focus on coaching at Titans. 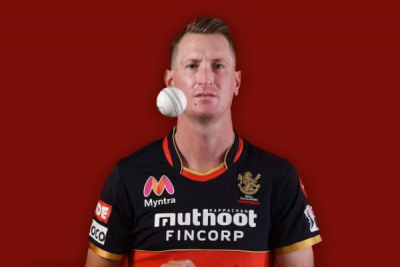 Chris Morris has called time on a stellar cricketing career this week, though the lanky all-rounder will still contribute in a new capacity for the Multiply Titans.

Morris, who represented his country in all three formats, has been one of the game's great characters, and many in the Titans family were quick to point to this when news of his retirement started filtering through.

"The one thing that everyone will agree on is that he has never changed his nature and his character. That consistency has served him exceptionally in the game, and he should be very proud of all his achievements," Faul added.

Morris, who proudly followed in the footsteps of his father in donning Northerns colours, saved some of his very best stuff for the Sky Blues. When he became part of a golden era of Titans dominance, he brought with him the capability of influencing matches with bat, ball, or a moment of brilliance in the field.

"I'm actually sad he is retiring, because I was still planning on working with him for a few more years," Titans coach Mandla Mashimbyi explained.

"These decisions are not easy, but he can be proud of everything he achieved in his career. What he brought into the changeroom, with his demeanour and his banter, made him who he was."

Morris is not completely lost to Titans Cricket, however, as he will now join the coaching ranks in the bowling department.

"We are very proud of all that Chris has achieved, and what he contributed to this Union," Northerns Cricket Union President Tebogo Siko added.

"Chris was part of an engine room that delivered so many trophies and memories for our fans. The fact that he can now share his expertise with the next generation of Titans players is priceless."

Ever the joker, Morris the coach will no doubt be a popular sounding board, as the Titans look to build on the remarkable legacy he helped build.

"We are a family at the Titans. And to see 'Morry' wanting to give back his time to keep the Titans flag flying is very special. He is full of jokes and banter, but he also has a wealth of cricket experiences from around the world to share," Dr Faul added.

"So for that, and for his immense contribution to Titans Cricket, we are extremely grateful. He's come a heck of a long way from those days in Potch!"