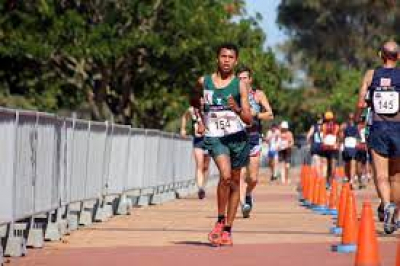 South Africa's race walkers will battle for domestic honours on Saturday, in the first national championship event of the 2022 season at the ASA 35km Race Walking Championships and Inter-Provincial Race Walking Challenge at the Loungsfield Military Base in Cape Town.

While there are no senior women in the entry lists over the 35km distance, the line-up features four masters’ athletes including Fundiswa Sandi, Debora Horn-Botha and Frieda Blignaut, all representing host Province Western Province Athletics, as well as AGN athlete Sandra Steenkamp.

The fields will be larger in the 20km inter-provincial event, but the quality won't be diminished, with the likes of Tumisang Pule (AGN) and Antonio Farmer of Athletics Central North West (ACNW) turning out in the men's contest against Sizwe Ndebele (AGN), Tariq Klink (WPA) and the Central Gauteng Athletics (CGA) pair of Sifiso Ntebe and Lebogang Mbulawa.

There will also be 5km and 10km invitation events held for athletes of all age groups.

In the 10km (junior), 20km and 35km events, athletes will have a chance to secure their places in ASA preliminary squads for major championships by achieving the required qualifying standards.

"This is the opener to our athletics season and we are very excited,"said James Moloi, the President of Athletics South Africa. "Sports play a major role in our society, turning immature boys and girls into exceptional athletes of the future. Athletics has turned the lives of many from rags-to-riches fairytales and we hope that many more athletes will take up this wonderfull event of race walking."

More in this category: « Everton complete loan transfer for Aston Villa winger Anwar El Ghazi. Kohli & others not happy with broadcaster Supersport after DRS saves Elgar. »
back to top