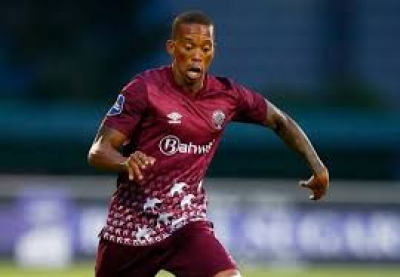 TS Galaxy has confirmed that the former Swallows FC defender Vuyo Mere has penned an 18-month deal with the club.

"Mere has penned an 18-month deal with the Rockets. He boasts a wealth of experience in the elite league having risen to prominence back in 2001," said Galaxy in a statement.

Mere officially announced his exit from the DStv Premiership side on Thursday, bringing an end to a two-and-half-year spell at the club.

He was initially suspended by the club's hierarchy towards the end of last year due to an undisclosed disagreement and has since expressed his disappointment in the manner he left the Dube Birds.

Mere said he wants to use his experience to help the team to get out of the relegation zone when the season resumes from the Africa Cup of Nations break in February.

"This is a great team with a great chairman. I want to write my name in the history books of TS Galaxy FC. Consistency is going to be the key in the second round of the season," he said.

"We have 13 cup finals to play, the team showed major refinements in the later stage of the first-round matches. I want to contribute to turning things around with my experience."

Galaxy coach Sead Ramovic said: "Vuyo comes with experience and that is going to be the key if you look at improving our situation on the log."

"His guidance, leadership qualities, and experience will help us. He has been with us for one day but I can tell that he is a hard-working person."

More in this category: « Keegan Petersen steers Proteas to stunning Test series win over India. Arsenal request postponement of north London derby due to Covid and player absences. »
back to top