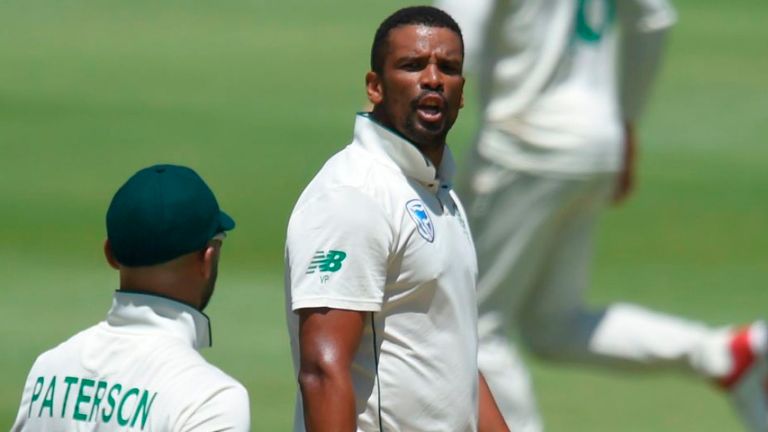 Vernon Philander has been handed a fine and demerit point after swearing at Jos Buttler.

Philander was found guilty for breaching Level 1 of the ICC Code of Conduct when he gave Buttler a verbal sendoff following the England wicketkeeper’s dismissal during the visitors’ first innings of the fourth and final test.

In addition, Philander was fined a 15% fine of his match fee and received one demerit point for the foul language directed at Buttler, who was caught by Elgar for 20.

A statement by the ICC, released on Sunday, mentioned that the Philander "used inappropriate language after dismissing Buttler, which could have provoked an aggressive response from the batsman."

Although the incident was never seen on TV at the time or in the form of replays, Philander admitted to the offence and accepted the sanction.

The two were involved in a heated verbal exchange during the second Test at Newlands as well when Buttler swore at Philander while keeping behind the stumps to spinner Dom Bess.

The Englishman was also fined 15% of his match fee.

Tweet
More in this category: « American Coco Gauff's bid for history at the Australian Open ended in tears in the last 16. Neymar da Silva Junior dedicates PSG goal to the late NBA Legend Kobe Bryant. »
back to top