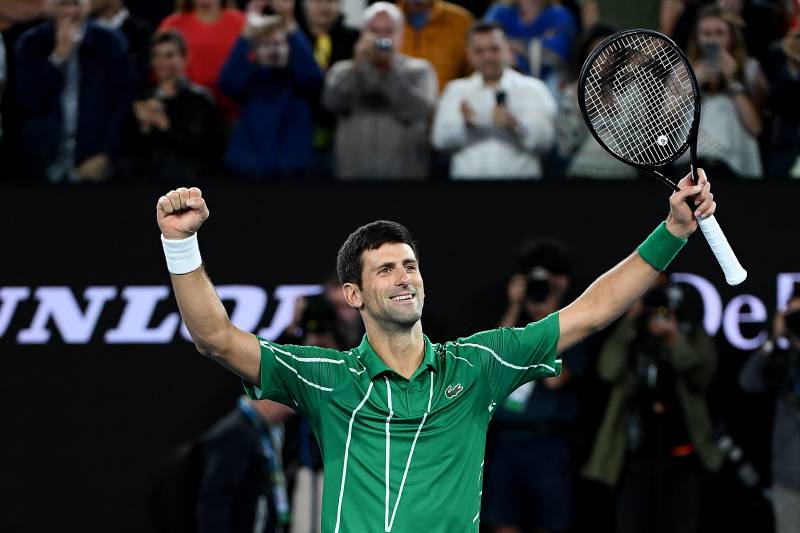 This was Djokovic’s first in a major final from two sets to one down and he improves to 17-9 in major championship deciders.

Whilst Thiem, bidding to become the first new major winner since Marin Cilic at the 2014 US Open, lost in a Grand Slam final for the third time, after defeats at Roland Garros in 2018 and 2019.

For now, Federer holds the men’s record of 20 Grand Slam singles titles, Nadal has 19 and Djokovic 17.

After winning his eighth title, Djokovic acknowledged the bush-fires in Australia and the death of the former NBA icon Kobe Bryant.

“This is a reminder to all of us we should stick together more than ever. Now being with our families, stay close to the people that love you, that care about you,” Djokovic said. “Of course we are part of the professional sport, we compete and we try our best, but obviously there are more important things in life and it’s important to be conscious and humble about things that are happening around you.”

Tweet
More in this category: « AmaZulu host Polokwane City in a crucial PSL match in the relegation battle. Comprehensive Fullview Sportswrap. »
back to top