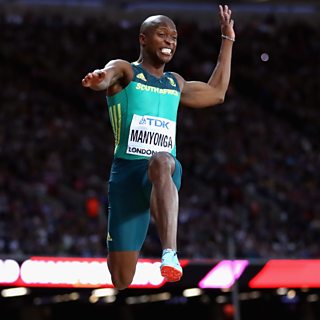 Following the signing of the broadcast agreement between Athletics South Africa and the SABC a fortnight ago, the national federation released the broadcast schedule of events for the 2020 Athletics season.

In what ASA has been hailed as a first time in more than a decade, all the ASA disciplines of Cross Country, Road Running and Track & Field will be broadcasted by the SABC as part of the deal. This will be in time slots that ASA believes will be more favourable to the viewers and Athletics followers.

“This is a milestone for us because we have finally found a balance for all events to be on broadcast,” said Aleck Skhosana. “This will also assist those who thought Athletics was only about road running, which is incorrect.

“The schedule also pre-answers questions of whether these will be transmitted live or delayed.  The first event to be broadcasted is the TWIZZA Super Schools Series which was held on 1 February (last Saturday). It will be on the screens on 7 March as it was accordingly scheduled as delayed. Tonight’s broadcast is part of ASA’s strategy to strengthen Schools Athletics in South Africa.

“It is important to note that due to other factors beyond each other’s control not every competition on our ASA National Fixtures List will be broadcast live. However, the major achievement for us is that we are once again going to have extensive broadcast coverage and that the dates and times are now clearer.”

In March and April, athletics will be broadcast every Saturday, with March seeing a focus on individual elite athletes, Relay Teams and the Olympic Games build up.

In April, the focus will be on the junior athletes qualifying for the 2020 WA World Junior Championships, as well senior athletes seeking to go to the 2020 Olympic Games.

Tweet
More in this category: « Quinton de Kock to lead, Dale Steyn returns for England T20. Watch: Highlights from the match between Emirates Lions and Reds taking place at Emirates Airline Park. »
back to top