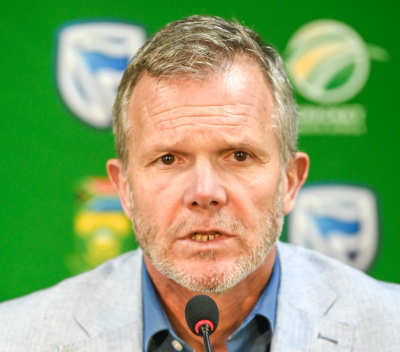 Corrie Van Zyl will return to work at Cricket South Africa after his suspension was being lifted.

Van Zyl, who was CSA acting director of cricket at the time, was suspended in October 2019.

"The matter between Cricket South Africa and Mr Corrie van Zyl has now been concluded and Mr Van Zyl will be returning to work at CSA, effective immediately,"read a statement from CSA.

‘While the details of the case remain confidential between the employee and employer, both parties are pleased that the case has now been concluded. By mutual agreement, CSA will in due course announce Mr Van Zyl’s role in the organisation as part of the current re-alignment processes,’ added CSA.

Meanwhile CSA chief executive officer Thabang Moroe,is still on suspension and Jacques Faul has the role in an acting capacity during Moroe’s absence.

“As part of the renewal efforts currently taking place in the organisation, CSA looks forward to the resolution of all such outstanding matters,” the statement concluded.

Tweet
More in this category: « Liverpool equalled the English top-flight record of 18 successive wins, set by Manchester City. Baylor is a small favorite over Kansas in battle of 1-2. »
back to top