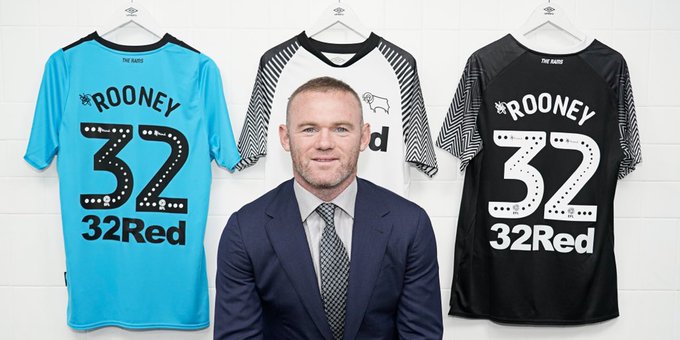 Wayne Rooney will join Derby County in a player-coach role at the start of next year, the club have confirmed. He will start his new job on 1 January 2020.

He currently plays for DC United. His contract expires at the end of the year and he will complete the current Major League Soccer season, with his team vying for a place in the play-offs.

Rooney is both England and Manchester United’s all-time record scorer and one of England's greatest player ever.

Recent reports have suggested Rooney’s wife, Coleen, has been eager to return to the UK from America. The couple have four children together - Kai, nine, Klay, six, Kit, three, and 17-month-old Cass.

He has made no secret of his desire to try his hand at coaching and management and is in the process of doing his coaching badges. In June, he admitted he had received numerous offers from English and US clubs.

More in this category: « Pakistan cricket board has decided not to renew the contract of head coach Mickey Arthur and his support staff. Budweiser brings South African football fans closer to English Premier League and La Liga »
back to top