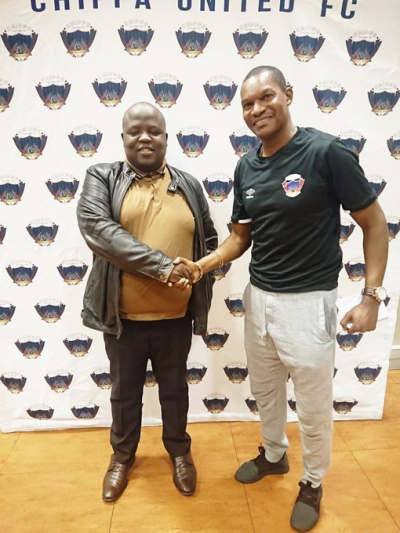 According Marawa Sports Worldwide(MSW), Mapeza had requested a meeting with club boss Siviwe Mpengesi, where he was expected to discuss his future with the club.

However, the meeting failed to resolve the impasse, which is believed to stem from a misunderstanding over the duties of the technical staff.

He joined Chippa last October following the departure of caretaker coach Duran Francis,who took over from Clinton Larsen due to poor results in the early stages of the current season.

Long-serving Chippa assistant coach Mbuyiselo Sambu will take over the reins as the team prepares for a league clash against Bidvest Wits away from home on Saturday.

“Yes I have been asked to take over the coaching duties until a new coach is found,” said Sambu.

Chippa are 11th on the premiership standings, five points off the drop zone.

Tweet
More in this category: « Faf du Plessis returns for the Proteas ODI squad for a three-match tour of India. Africa’s Premier Social Football League Returns. »
back to top