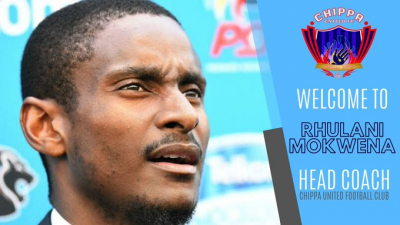 Orlando Pirates have confirmed that they have “seconded” assistant coach Rhulani Mokwena to Chippa United, where he is expected to fill the head coach role,until the end of the season.

“Orlando Pirates Football Club can confirm that Assistant Coach Rhulani Mokwena has been seconded to join Absa Premiership outfit Chippa United,” the club said in a statement on Wednesday.

“Mokwena, who recently returned from an overseas trip which saw him visiting some European football clubs for a benchmarking exercise, joins the Chilli Boys until the end of the season.”

He had a stint in charge of the Pirates first team this season in between the spells of Micho Sredojevic and Josef Zinnbauer.

The club is currently five points above the relegation zone and facing a difficult run-in to the end of the campaign.

Tweet
More in this category: « FA Cup: Chelsea 2-0 Liverpool: Jürgen Klopp's reaction. The Proteas beat Australia by six wickets to claim the ODI series at the Mangaung Oval. »
back to top