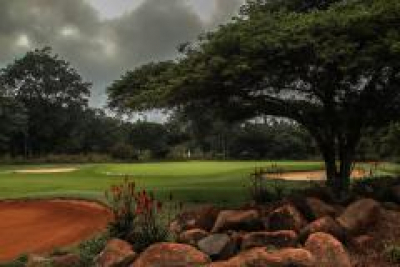 The FBC Zimbabwe Open is a title that's been held by two former world number ones and multiple Major champions, and this week one of the premier African tournaments on the Sunshine Tour schedule makes its return after a three-year absence.

The celebrated Royal Harare Golf Club and Chapman Golf Club will jointly host the FBC Zimbabwe Open, which tees off on Thursday.

The tournament's long history with the Sunshine Tour began in 1984, and it has seen Vijay Singh and Nick Price amongst its most celebrated champions, while Tony Johnstone and Mark McNulty have added to its pedigree as former winners.

Most recently, Jbe' Kruger has been a two-time champion, and both Darren Fichardt and Dean Burmester won here on their journeys to the DP World Tour.

It was the first victory of Jean Hugo's celebrated Sunshine Tour career of 19 wins, and which he achieved in 1999 in his rookie season on the Tour. Hugo is in the field this week, as is another former champion in Lyle Rowe, who claimed the 2016 title when he beat PGA Tour campaigner Dylan Frittelli. Jaco Ahlers and Neil Schietekat have returned from their recent sojourns to Asia for this year's tournament.

And rising star Dylan Naidoo makes his debut in the FBC Zimbabwe Open this week as he looks to keep building towards his Korn Ferry Tour campaign later this year.

"I've never been to Zimbabwe before but I've heard really good things about the golf courses and the greens and courses, so that's exciting. Playing the FBC Zimbabwe Open fits into the plans I have for the year. With the new season starting on the Sunshine Tour, I had planned to get some good tournament golf in and get myself as high up as possible on the Sunshine Tour Order of Merit before heading off to the Korn Ferry Tour later this year. Starting in Zimbabwe is part of that plan," he said.

More in this category: « Mamelodi Sundowns in the hunt for a rare domestic treble. Quinton de Kock sets Twitter ablaze with record-shattering century against KKR. »
back to top