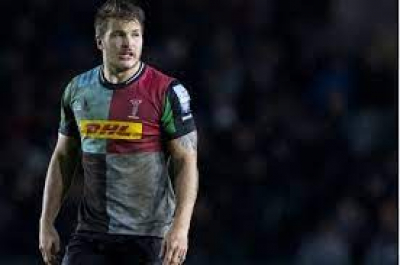 Springbok midfielder Andre Esterhuizen has been honoured for a stellar season with the Rugby Players' Association's Players' Player of the year award.

The RPA - which represents all the professional rugby players in England - award is seen as the prestigious one as its voted by players’ peers and Esterhuizen’s impressive performances for Harlequins have not gone unnoticed by his peers.

Esterhuizen polled the highest number of votes from his fellow professionals, having enjoyed an outstanding season during Quins’ bid to defend the Gallagher Premiership title.

The South African has proved a pivotal figure in them reaching next month’s playoffs, when they will meet Leicester or Saracens.

“It is an incredible honour to win this award and for it to be voted by all the players and teams that I’ve played with and against makes it even more special,” Esterhuizen said in a press release announcing the award.

On both occasions, he beat out Quins flyhalf Marcus Smith.