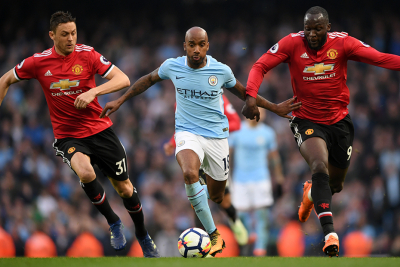 Manchester City's Premier League match with Arsenal on Wednesday has been postponed as a "precautionary measure" and several Arsenal players are in self-isolation after Olympiakos owner Evangelos Marinakis contracted coronavirus.

Arsenal said Marinakis, 52, met a number of their players when the Gunners hosted the Greek side in a Europa League match two weeks ago.

Marinakis - who also owns Championship side Nottingham Forest - said on Tuesday he had tested positive for Covid-19.

Olympiakos will host Wolves in the Europa League on Thursday after UEFA rejected Wolves request for the last-16 first-leg match to be postponed.

The Premier League said it has no plans to postpone any other matches and "all necessary measures are being taken".

Meanwhile Tottenham Hotspur are out of the UEFA Champions League following their 3-0 away defeat by RB Leipzig in the second leg of their last-16 clash.

It added another setback for Jose Mourinho's bid to restore his reputation following his sacking by Manchester United in December 2018.

Tonight's Champions League last-16 second-leg game between Paris St-Germain and Borussia Dortmund will be played behind closed doors, with the Germans holding a 2-1 lead after the first leg.

Paris St-Germain striker Kylian Mbappe was tested for coronavirus, it has been confirmed he has been cleared.

PSG manager Thomas Tuchel described Mbappe as having a sore throat in the build up to tonight’s Champions League tie at home to Borussia Dortmund, which will be played behind closed doors because of the spread of the virus.

Tweet
More in this category: « Italy:All sporting events suspended due to coronavirus crisis including Serie A. Kaizer Chiefs have confirmed that George Maluleka has signed a pre-contract with Mamelodi Sundowns. »
back to top