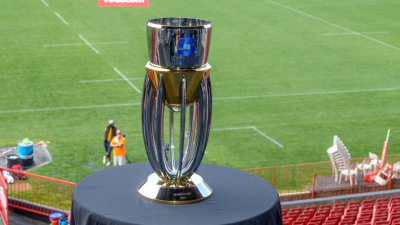 The Crusaders are now top of the Super Rugby table after securing a 49-14 bonus point win over the Tokyo Sunwolves in Brisbane.

Crusaders scored seven tries to two to move to 23 points, one ahead of fellow New Zealand outfit the Blues, who earlier thumped the Golden Lions 43-10 at Eden Park.

The Sunwolves, who could well have been playing their last ever Super Rugby match because of uncertainty over the competition's future due to the coronavirus pandemic, were much improved on previous weeks and were within a converted try midway through the second half trailing 21-14.

However, the Crusaders stamped their authority on the match, running in four converted tries in the last 20 minutes.

The Crusaders picked up a full-house of five points for their victory and moved to the top of both the New Zealand Conference and the overall log.

Meanwhile the Vodacom Bulls blew a 17-0 lead after 20 minutes to crash to a heavy defeat against the Reds in their Super Rugby clash in Brisbane.

After their fast start, the Bulls imploded in spectacular fashion, failing to trouble the scorers again in going down 41-17 to their hosts.

Tweet
More in this category: « CAF postpone the continental competitions until further notice. In case you missed it:SANZAAR suspended the 2020 Super Rugby tournament at the conclusion of this weekend's matches. »
back to top